Seems like everybody is obsessed with Edinburgh Festivals (Fringe and the others). But is it really worth going to Edinburgh just because of the Festivals? Check the Edinburgh Fringe Festival review in this post!

In case you’re looking for more information about Edinburgh, such as where to stay, free things to do, best tours in Edinburgh and many other tips in the Edinburgh category.

In August, Edinburgh is so overcrowded by tourists, that the locals just want to leave the city and go somewhere far because sometimes it’s not even possible to walk as fast as you want (try to walk down or up the Royal Mile in August in a hurry, and you will feel the pain).

I had an amazing chance to be in Edinburgh during the Edinburgh Festivals almost the entire month and didn’t have to pay anything for that (Reason for that: I was studying in Edinburgh for a year. Now we live in Edinburgh, too, but that’s a whole different story).

If you’re thinking of going to Edinburgh in August in order to see the city & experience the Festivals, then you should probably read this post about the things you need to know before attending the Edinburgh Festivals in order to know what to expect from them.

In case you’re interested in Edinburgh Fringe Festival review, in particular, you’ll find it here. I hope you find this post useful, though, I need to warn you that all of it is my personal opinion. You might agree or disagree with it. But you will never find out unless you read the post, right? 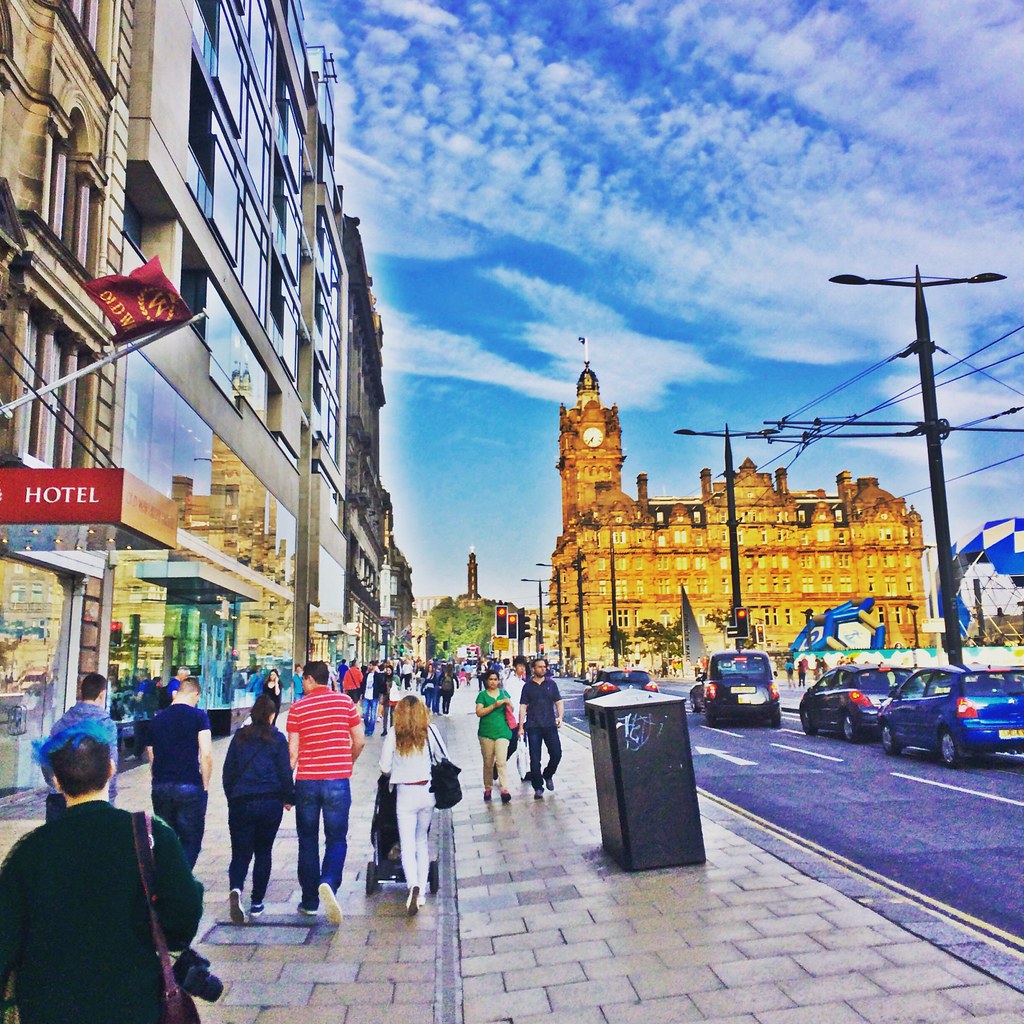 Well, if you want to come to Edinburgh in August, be ready that everything will be at least two times more expensive: flights, accommodation, food (well, the food is usually only 20-30% more expensive but still, it’s a lot if you’re planning to eat out quite often). The biggest struggle is finding a place to stay: if you’re lucky enough to have friends living in Edinburgh, that’s fine, then really, why not to go there? Since you won’t be paying for your accommodation anyway.

However, what if you have to pay for your accommodation? Ohh..poor you. Because the hotel prices just rocket. Literally, rocket! The room in Ibis on Nicholson Street will be around 230 pounds for 2 people per night!! (And normally it’s no more than 50 pounds, sometimes even 35 pounds). I’m telling that because I lived nearby and was seeing their prices displayed on a screen almost every day for almost a year.

So, it’s still 4 months until the Festival… And … 89% of the hotels are already fully booked! (And the ones that are remaining ones charge you at least 170 pounds per night). Of course, there are other options, since many Edinburgh residents consider the Festival as a great business opportunity and offer rooms in their flats or even move out of their flats (to live with their partners or friends, or family) but even a room will cost a fortune (around 300 pounds a week depending on the location, if the location is really great, prepare to pay around 500 pounds per week: the best source of Festival short-term flat rentals in Edinburgh is Gumtree). However, you might be lucky if some of these amazing affordable hotels in Edinburgh are still available!

And I was always asking myself the same question: why would so many people come to the Festivals? So I decided to go to as many performances as possible. In the end, I was really disappointed in the Edinburgh Fringe Festival (and wrote this Edinburgh Fringe Festival review), but I enjoyed Edinburgh International Festival a lot. (Hint: Edinburgh International Festival is more about culture and art, opera, ballet, orchestral music and so on while Fringe was mostly about comedy shows and some sort of semi-professional performances).

And, more surprisingly, tickets to Edinburgh International Festival were way cheaper than to Fringe (an average comedy show would be at least 15-25 pounds, while I as a student enjoyed amazing 50% discount for most of the Edinburgh International Festival plays and was able to see Oslo Philharmonic Orchestra playing Per Gunt in Usher Hall for ridiculous 6 pounds and Marriage of Figaro Opera in Edinburgh Festival Theatre for just 12 pounds). 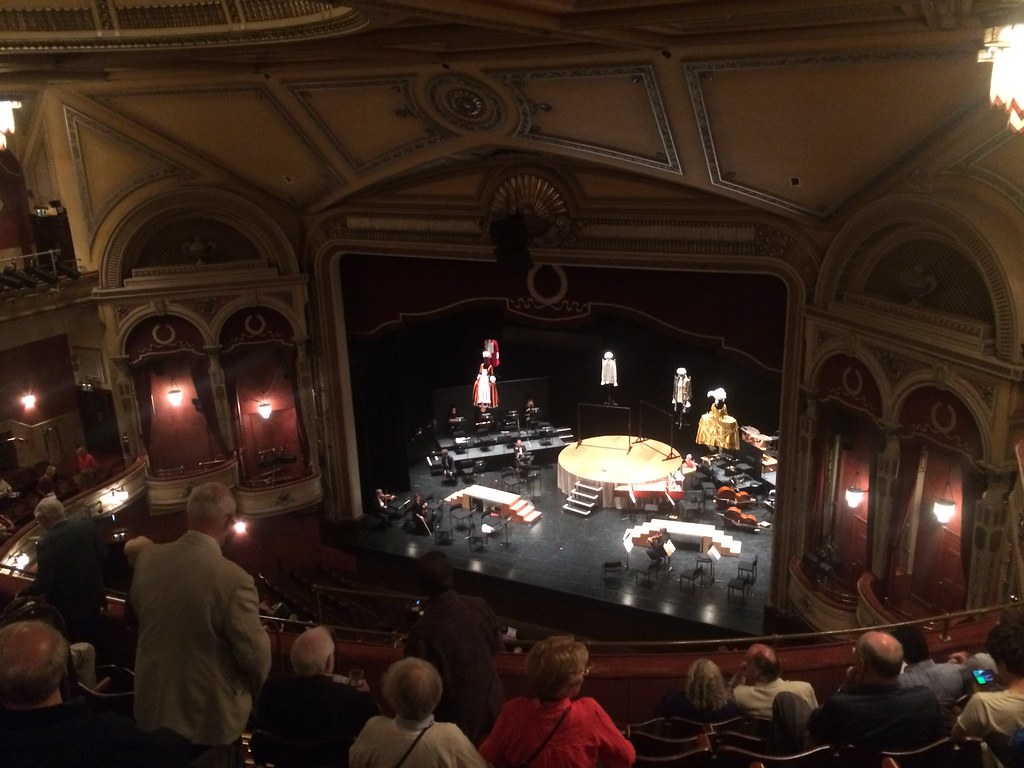 Watching the Marriage of Figaro

I also saw 3 performances of Edinburgh Fringe Festival and I liked only one of them: Les Miserables Musical performed by Scottish students (that was really great and I enjoyed a lot!). 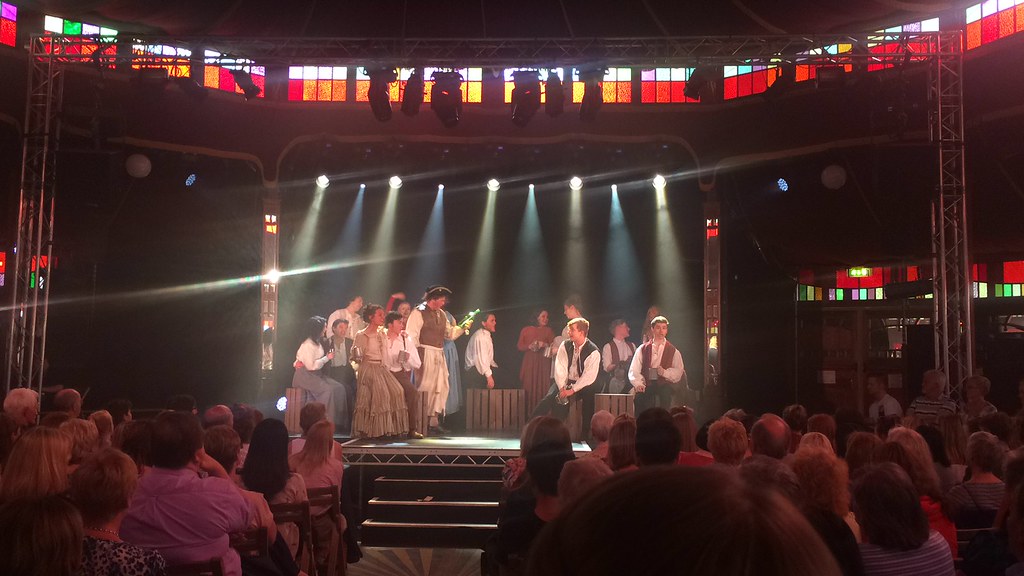 Les Miserables in Edinburgh during Fringe

The ones I didn’t like included a Cabaret (cannot even remember its name anymore) and a Balletronic show performed by Cuban ballet dancers (It was more like an erotic dancing performance and had NOTHING to do with ballet). Since I’m not a fan of comedy shows, I didn’t go to any of them (I also didn’t feel like paying 20 pounds for something I might dislike a lot considering the fact that most of the performers weren’t professional artists). Some of my friends, however, went to a couple of comedy shows, but all of them only liked one show. Unsurprisingly, it had the best ratings! So it makes sense to check the reviews of the performances in advance.

Well, to finish the Edinburgh Fringe Festival Review, I must admit, that Festivals really change the city a lot. It’s hard to be in Edinburgh during August and it’s especially hard to work or move around the city. However, at the same time, Edinburgh becomes a party place (which it generally isn’t at all), even the clubs work until 5 am (and not until 1-2 am) and has many events to offer (though, the quality of those events is sometimes really questionable). It’s up to you to decide, whether you want or don’t want to go to Edinburgh for the festivals, but you have to be ready to spend a fortune if you want to enjoy your stay. It makes sense to buy tickets according to the reviews of the plays and performances, otherwise, you might end up being disappointed. And yep, you need to be a big fan of comedy shows to enjoy Edinburgh Fringe Festival.

P.S.: Want to read some advice about how to visit Edinburgh on a budget? Read this post! Or check the whole Edinburgh category! Planning a trip to Scottish Highlands? Check this post!

Liked this post about Edinburgh Fringe Festival review? Save it on Social Media!

This year I'm going to be in Edinburgh for Fringe Festival with some friends. We did find the accommodation super expensive and also hard to find. Can't say I'm looking forward to the crowds of people but hopefully we'll get to see some good shows. Thanks for sharing your review.