Golden Sands and Sunny Beach are two famous places for partying in Europe. And relatively cheap ones, which makes them even more appealing for European tourists. While Golden Sands is full of German party-goers, Sunny Beach accommodates more British tourists. In this post, I’ll tell you a bit more about the famous Golden Sands nightlife and help you decide what to choose: Sunny Beach or Golden Sands?

Sunny Beach or Golden Sands, what to choose?

When choosing between these two places, you need to decide, what’s the main aim of your visit. If you want to party hard, that’s probably Sunny Beach – it’s bigger, more crowded and gets full of teenagers and young adults from all over Europe. The downsides of Sunny Beach: it’s dirty, sometimes disgusting, too crowded and not very good for swimming.  However, it has a pretty town Nessebar close to it, in case you want to escape this madness.

Golden Sands, on the contrary, is a quieter place. Still, it has plenty of great parties, cleaner beach, emptier streets and overall, “nicer” experience, if you’re looking for a nice experience. I always liked parties, but I’ve never been a hardcore party animal, so if I had to choose Sunny Beach or Golden Sands, I’d choose Golden Sands.

Let me tell you a bit more about Golden Sands, Bulgaria

Getting to Golden Sands from Varna, Bulgaria

Golden Sands is located just 30 minutes away from the Varna Airport, which has connections with major European cities (and most of the German cities, including Leipzig, Berlin, Hamburg, München, Stuttgart, Frankfurt etc). So getting there is not a problem. A taxi from the Varna Airport to Golden Sands will cost you around 20-25 euros (don’t hesitate to negotiate and bargain, otherwise you’ll end up paying 40), or if you take the magical bus number 409, just around 1.5 euros (3 lev) (but in this case you’ll end up spending more than an hour on your way to your hotel. Even though the bus goes every 15 minutes, it goes through the city center of Varna and stops on each of the bus stops and that makes the way so slow). But if you aren’t in a hurry, why not taking the bus? Getting to Golden Sands from Varna is really easy. Thinking of staying in Varna? You’re lucky: I have a blog post about it on Tripsget (read it here). 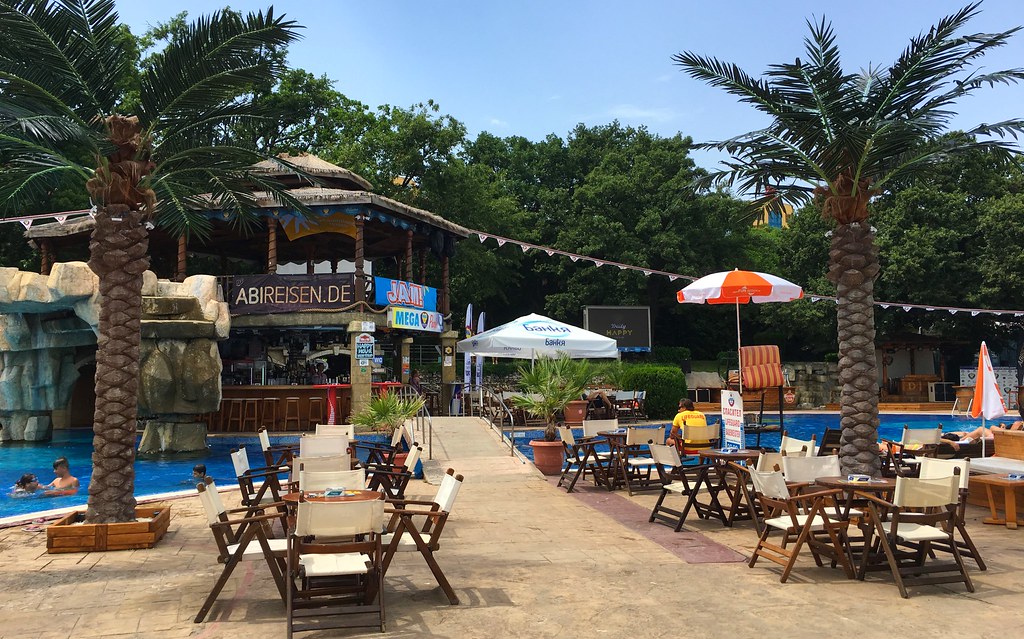 Where to stay in Golden Sands? 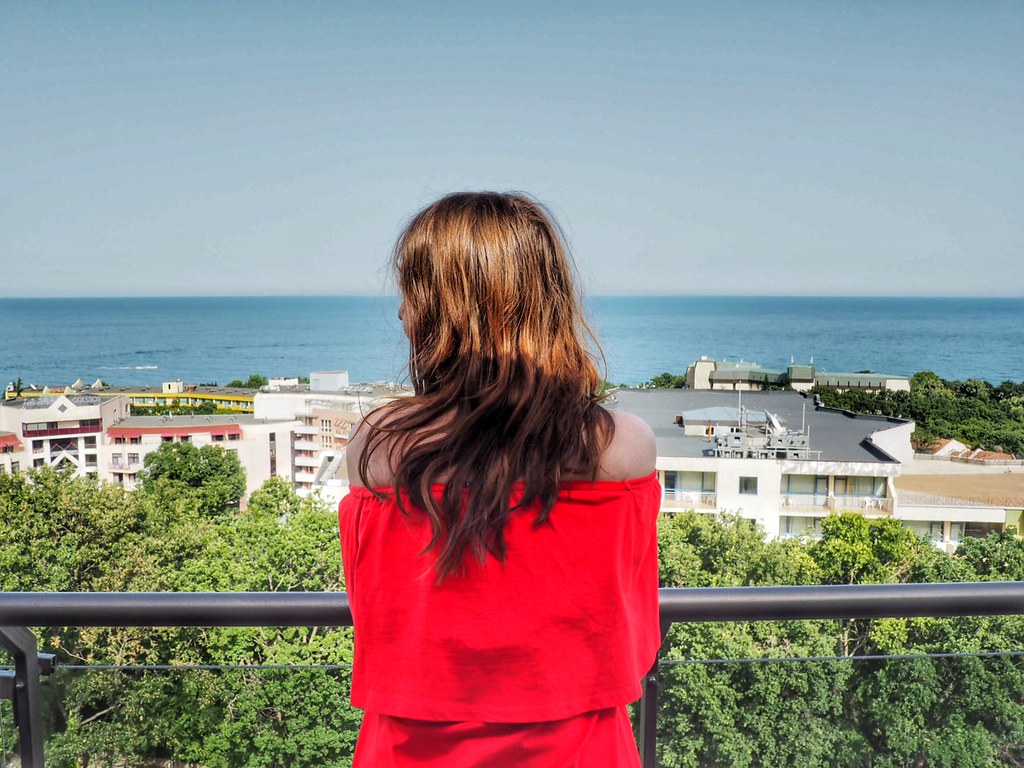 The view from Viva Club

If you want to stay in the middle of the party life, choose one of the centric hotels like Party Hotel, International Casino Hotel, Mimosa and some others to see for yourself how good is the nightlife in Golden Sands.

Beach in Golden Sands: is it any good?

Very few of the hotels in Golden Sands have their own beach. (Admiral, Viva Club, and some others do have). So you’ll end up paying around 4 euros for the bed, 1.5 euros for the mattress and 4 euros for the umbrella each time you go to the beach. The season in Golden Sands starts around July and ends in September. However, the place gets pretty much full already around the beginning of June. The weather in Bulgaria in June is already amazing, however, it’s too cold to swim, so take this factor into the consideration when choosing when to go to Bulgaria.

The nightlife in Golden Sands is really crazy! The best clubs are probably the Arrogance Music Factory and the Malibu Beach club. The first one has 3 halls with different music styles (they say 5 but we couldn’t find the remaining two 🙂 and the other one has its own beach. The entry for guys was 10 lev and for girls it was free. 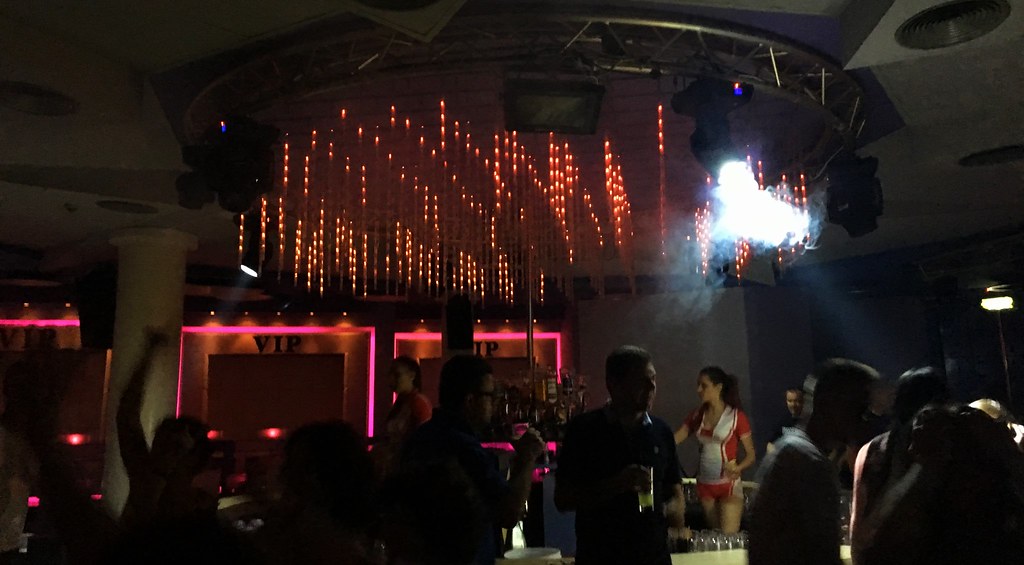 However, there are also other nightclubs like PR nightclub and Bonkers and plenty of bars which, on the first sight, vary only on the variety of discounts they offer. In Muppet bar you can find 5L pitchers for 27 lev, in some other places you’ll get 10 shots for 10 lev, and so on.

There are also plenty of restaurants in Golden Sands. However, compared to Varna they aren’t so great and delicious (and all this for a lower price), so you need to choose a place carefully. The one we liked the most was Parmy and the least: the ship-like Black Pearl (even though it looks great from outside, the food wasn’t tasty at all). 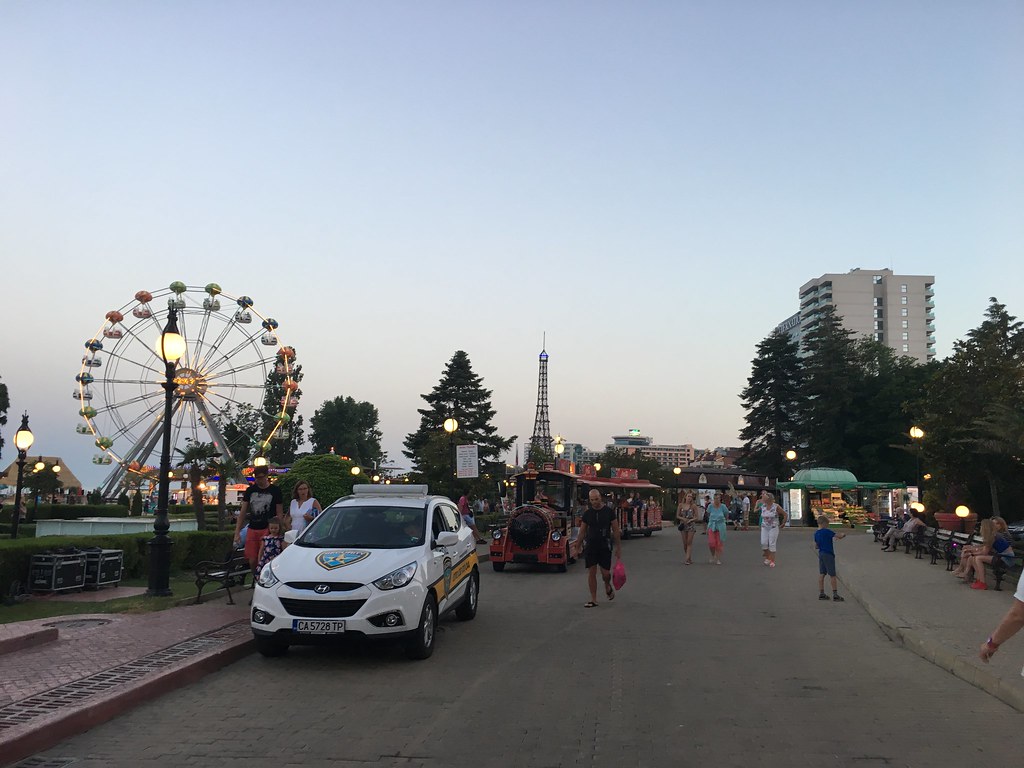 As for attractions, you can go on various excursions from Golden Sands including Nessebar, Kaliakra, Balchik’s Botanical Garden, traditional Bulgarian Village and so on. Also, there is a great water park right in the heart of Golden Sands, which is totally worth visiting.

Check the cheap tours in Bulgaria down below:

To summarize, Golden Sands is a great party vacation place, but at the same time, it also has a quiet part, where most families with kids stay. It’s fine for both, short-term and long-term vacations. When comparing Golden Sands and Sunny beach, I’d opt-in for Golden Sands, however, if you’re a hardcore party animal, I’d say you’ll enjoy Sunny Beach more! 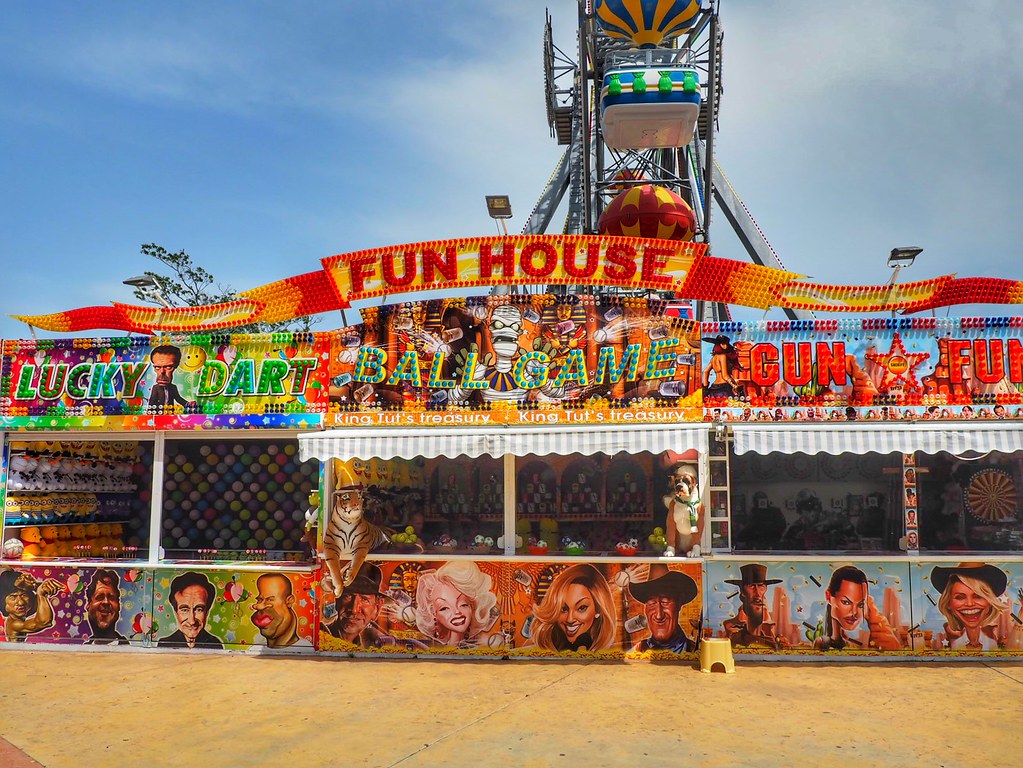