This post is all about Mexico City – the city of contrasts. You’ll find the answers to the questions, such as: is Mexico City dangerous, how expensive in Mexico City and what is there to see in the capital of Mexico. Let’s get started!

Mexico City is one of the biggest cities in the world. I think, in the 80s, before the rapid growth of China, it held the crown for being the biggest city in the world. Now the crown was stolen by Shanghai. However, Mexico City is just enormously big! If you happen to arrive there by plane and it isn’t dark yet, you’ll see a megapolis, which has no ends. Haven’t had a chance to see it? Well, I have you covered (I took this photo from the plane).

One of the most common question regarding the Mexican capital is whether it’s dangerous or not. It’s not a secret, that Mexico has a reputation of a country with high criminal rate because of its drug dealers. If you often watch various gangster movies, you will eventually see Mexico there (especially US-Mexican border, that’s where everything happens). It’s true, that the North of Mexico it quite dangerous and there are some cities, where you shouldn’t go. Mexico City, however, isn’t one of those. You can go there (no, you SHOULD go there, because it’s a great city). Nonetheless, you should carefully check in advance, which districts are safe and which aren’t. Nobody will kill you there, but there’s a high probability that you’ll end up coming back to your hotel without your smartphone or camera.

Is Mexico City dangerous? Well, no and yes. In the touristic districts like Coyoacan or in the posh zones like Polanco it’s safe. You can walk around, shop and be happy about sunny weather and cheap prices for awesome colorful crafts they sell in Coyoacan. Downtown with Palacio de las Bellas Artes and Torre Latinoamericana is a bit less safe, because it’s overcrowded and you can easily encounter some pickpocketers. However, there are districts, which you should better avoid, especially outside the Distrito Federal (that are already in Mexico State).

The main rule in Mexico City – don’t draw too much attention to you and you’ll be fine. I wouldn’t wear expensive watches, jewelry and bags when going for a walk in non touristic places. It doesn’t necessarily mean that someone will rob you straight away, but it’s better not to risk. Besides you might end up being overcharged because of your expensive accessories and clothes. 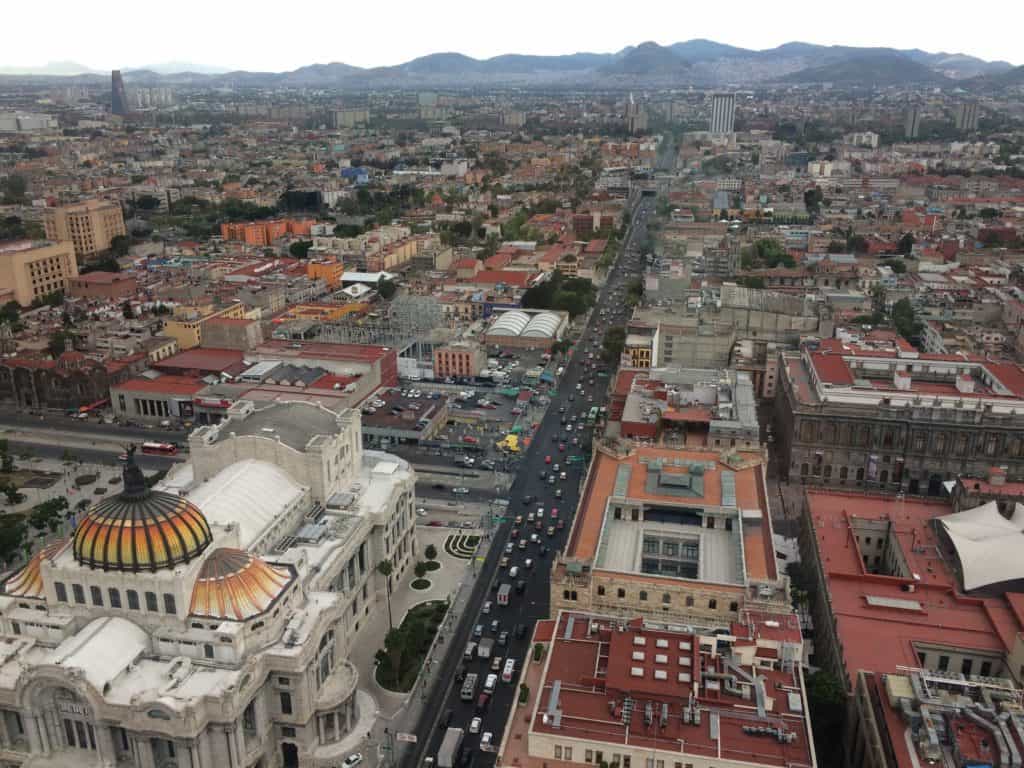 The main struggle in Mexico City is the elevation and the pollution. During the dry season even the trees and bushes are dirty and look grey. Mexico is surrounded by mountains and it’s rarely very windy there, so all the pollution ends up stuck in the city. I wouldn’t say government does nothing about it: they recently prohibited almost all old cars in the city, to make the air purer. But there are still so many cars in the city, that it didn’t make a significant change. The problem is you need to get everywhere by car and almost every single middle class person has a car there (just like in the USA). Most people who have cars avoid public transport because it’s overcrowded, slow and unpunctual. I didn’t have a chance to see it for myself, but I’ve seen many overcrowded buses from the outside.

In Mexico City, locals are sometimes afraid of using taxis. My husband knows a couple of stories when people were kidnapped, held for 2-3 days so they can take as much cash from their credit cards as possible and thrown away naked to some random highway. So when the Uber finally came to the city, it was such a huge thing! If I were in Mexico City alone, I would probably use Uber all the time, the only struggle is getting online to ask for a car. 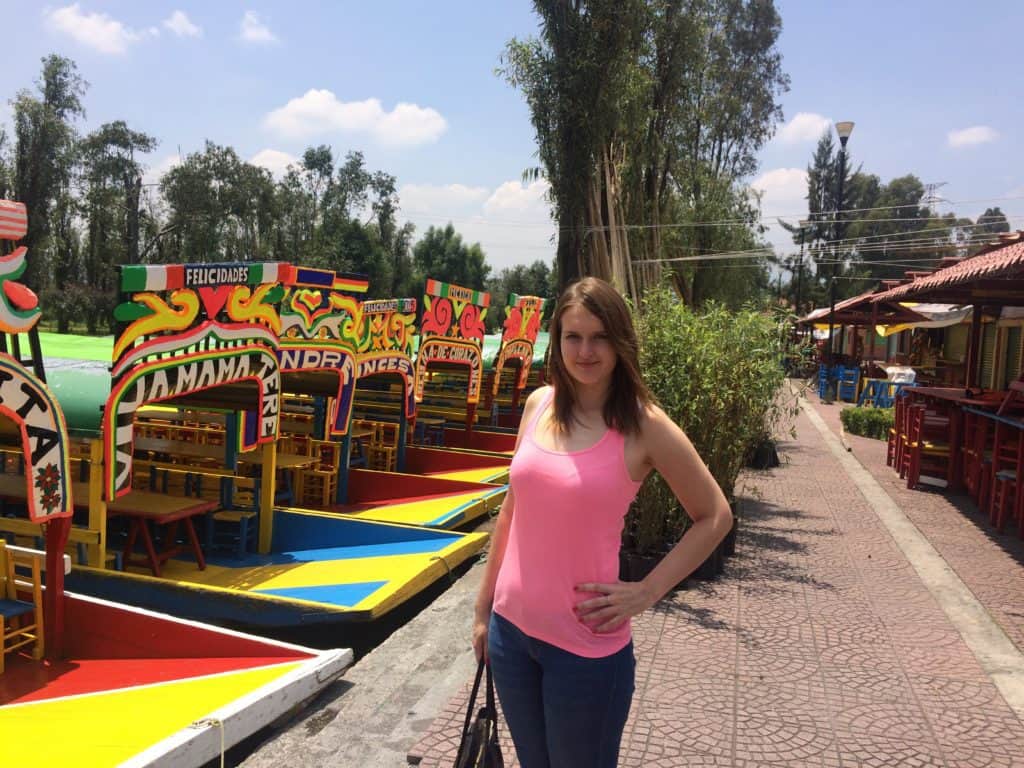 I truly love Mexico City because everybody is really friendly there. I haven’t encountered any rudeness during two of my visits to the Capital. If you want to see the best part of Mexico City – head to Coyoacan, it’s a fabulous place! In this post, you could read about all the things you could do in Coyoacan.

Do you want to know, how expensive is Mexico City? Check it in the Tripsget App for iPhone (it’s absolutely free and available in all the app stores around the world).

Okay, now it’s about the things to do in Mexico City. Did you know that CDMX (Ciudad de Mexico) has the biggest amount of museums in the entire world? 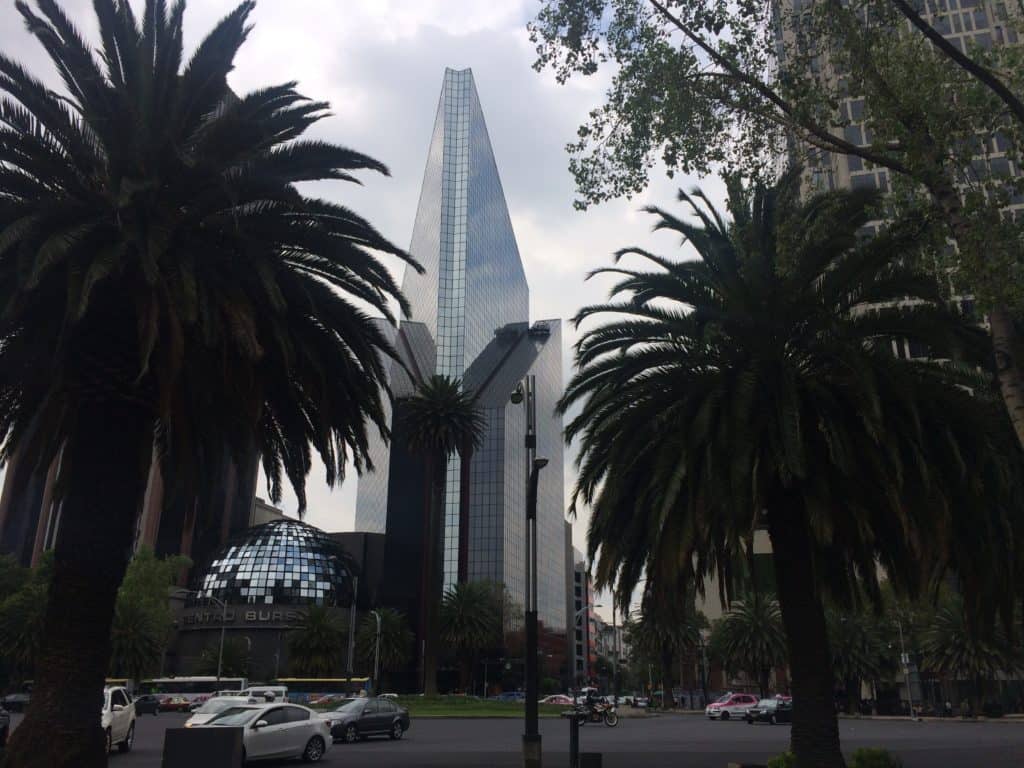 Things to do in Mexico City:

1. Have a cocktail in one of the bars in Garibaldi surrounded by Mariachi (Garibaldi is the official Mariachi district of CDMX)
2. Go to the top of Torre Latinoamericana for the best panorama of Mexico City
3. Sneak a Peek of Palacio de las Bellas Artes
4. Have a ride in a gondola in Xochimilco
5. Visit the castle of Chapultepec
6. Take a picture of the famous letters CDMX on the main square, Zocalo
7. Visit the Mexican City Metropolitan Cathedral
8. Explore the museum of Frida Kahlo in Coyoacan
9. See the famous statue of Angel in la Reforma
10. Dine in one of the traditional Mexican haciendas – e.g. Hacienda del Tlalpan

Liked the article about Mexico City? Is Mexico City dangerous? Share your feedback in the comments & on Social Media. 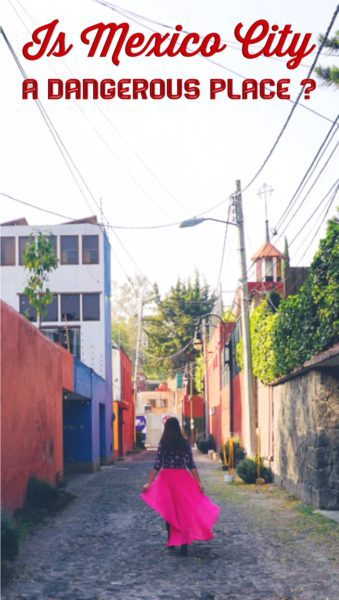 I lvoe your honesty! Like so many places we travel, there are good and bad spots! You have to be smart of your surroundings and will usually stay safe. I also love the "things to do section"-very helpful and to-the-point.

I'd love to visit Mexico City! I agree with your views and use the same principles while visiting cities with a certain kind of "dangerous reputation". We just visited Bogotá; also there even locals were afraid to use taxis and usually texted the license plate to a friend before hopping in – we did the same. Last year we visited the Democratic Republic of the Congo – and absolutely loved it!

Yes, I think in the countries like Colombia you just need to be cautious, - and everything should be alright :) My best friend lived in Colombia for a year almost and she loved it!

I think you meant "shop" in "You can walk around, shot and be happy about sunny weather..."

Haha, that's true :) Thanks for the correction!

I think you meant "shop" in "You can walk around, shot and be happy about sunny weather" !!!

Why are Ubers considered safer than taxis? I feel like after a while the "bad" taxi drivers will just join Uber? My goal this year is to visit every country in North America and Mexico is definitely on that list. I was never sure about Mexico City but now I'm looking forward to going!

The problem is, the taxi drivers often work with local mafia. You don't usually know who is your driver and rarely can complain, while in Uber they have to upload the photos of their passports and besides the route will be tracked in Uber - in case something happens, you have all the data of recent journey saved in your email and app. Besides your can also always share the information of your itinerary with friends via Uber app.