Skip to Content
226 shares
This post may contain affilliate links. It means that if you buy something through one of these links, we might get a small commission at no extra cost to you. Affiliate commission helps us keep this travel blog running.

Hey guys, we just returned from India and wanted to share with you our experience and tips on how to avoid 10 common tourist scams in India.

No matter how beautiful and safe is the country, there always will be nasty people. Since India’s population is huge, of course, there are all kinds of people especially in the touristic locations and many of them will come up with quite sophisticated ways of scamming the tourists. After visiting more than 60 countries, I consider myself a seasoned traveller. Nonetheless, some scams in India are so bold and crazy, that it’s simply impossible to avoid them. I have read many articles and guides before coming to India, so I came prepared for pretty much everything and still, some of the scams were impossible to avoid. Nonetheless, informed – means armed – so it’s better to know what to expect from India and how to react to the fact that you’re being scammed! 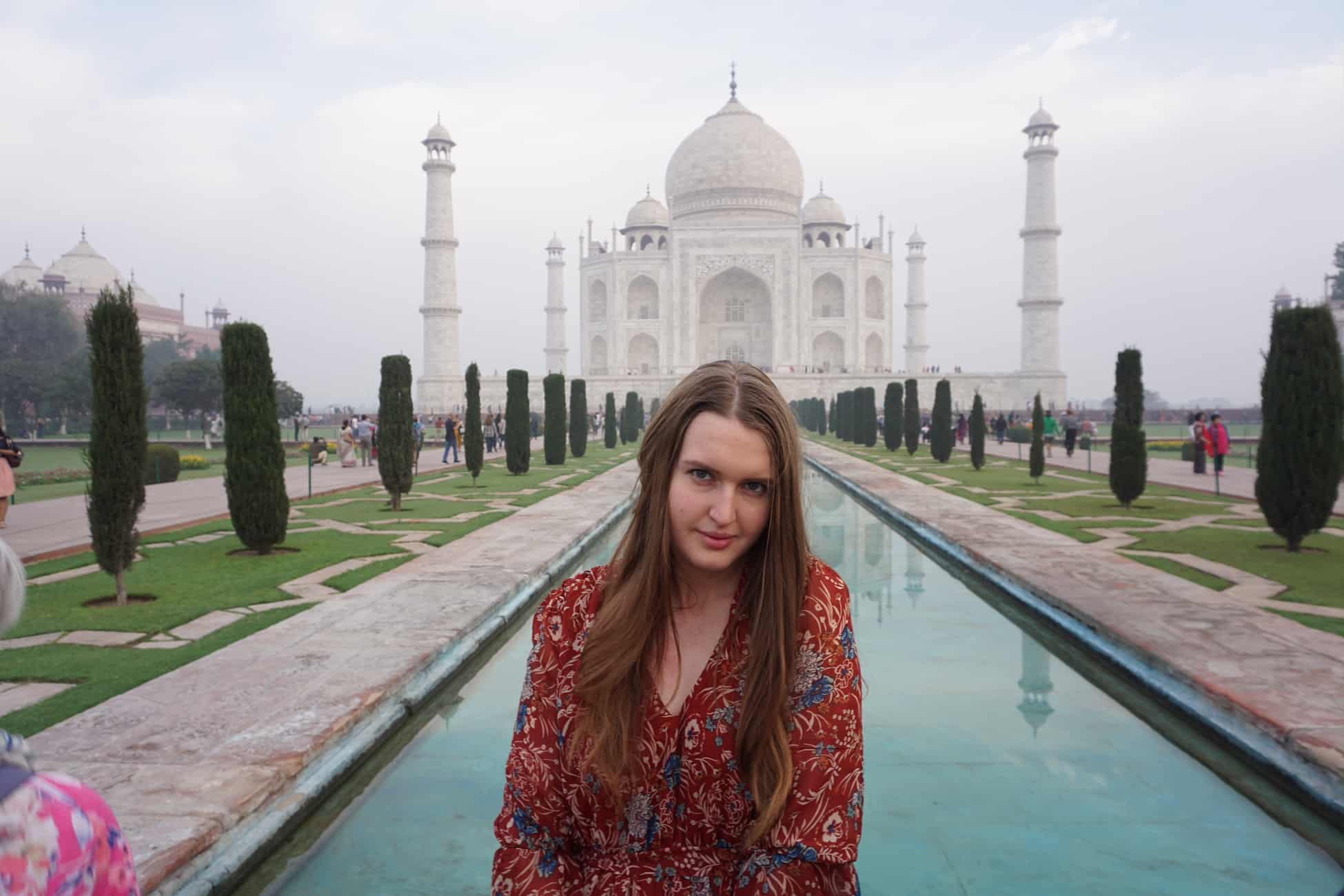 – Price change of the taxi /tuk-tuk

One of the most common tourist scams in India is the price change of the taxi or tuk-tuk. How does it work? You agree on a price in advance and then at the end of the tour the guide tells you that the price was per person and he “doesn’t speak English that well” and that you need to pay him otherwise his business is not profitable. The tuk-tuk person can start blackmailing you or simply shout at you (or use all the sorts of tricks). If you refuse to pay, you could be surrounded by his friends and things could even get nasty. Similar things happened to us, but it was even worse because the guy demanded 3 times more money for 1/2 of what he actually delivered. We ended up fighting with him and he totally ruined our mood for the evening. So if you’re in Jaipur and a guy with the name Ali approaches you and tells you 840 rupees is the price for the day of his guided tour, avoid him like a pest!

How to avoid this scam: this scam is quite hard to avoid, but you can try to write the price down on a piece of paper (indicating total) and show it to the driver and get his confirmation. 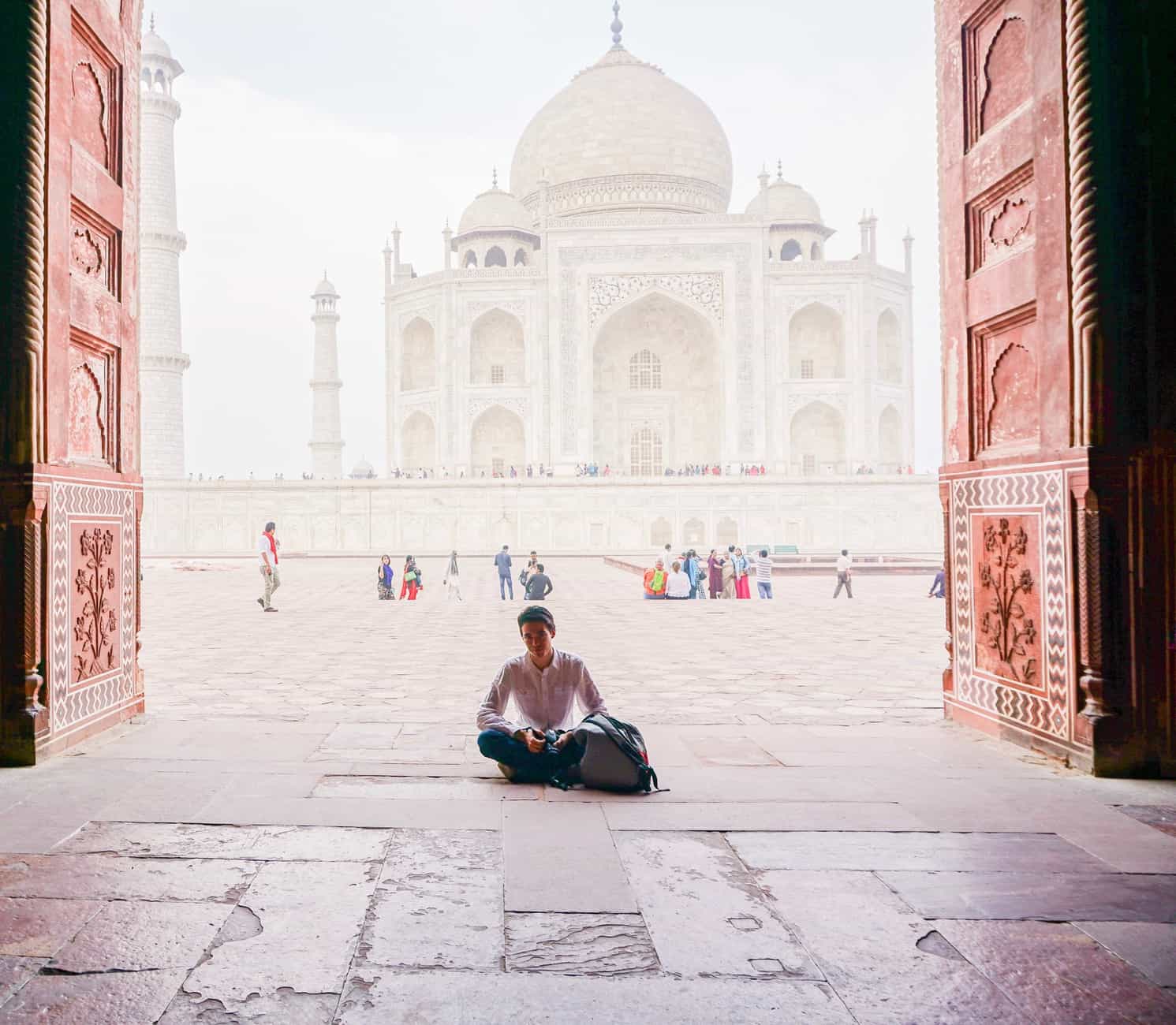 – Suggestion to visit one shop and avoid the others

“Don’t buy in this shop because it’s dangerous textile/ too high prices / evil people, buy in the other one where I will bring you”. That means that the guide just wants a commission and will bring you to the place which gives him % of what you buy.

How to avoid it: if you don’t feel like going to the shop he wants to bring you, just tell him to leave you at the local market for an hour or so and do your own shopping.

“Your hotel is closed, I’ll bring you to another one”. If you booked your hotel through Booking.com or Expedia, chances that it’s closed are minimal, especially if you had communication with your hotel a couple of days before coming. Your driver just wants to bring you to another hotel which gives him a commission and believe me, this one is also one of the most common tourist scams in India!

How to avoid: to avoid that, tell them that they are already waiting for you in the hotel and that you talked with them on the phone (even if it’s a lie).

The taxi brings you to a different place in the middle of nowhere and demands more money to bring you to the place you named in the beginning. This one actually happened to us in Lucknow and it was really disheartening and disappointing just because we couldn’t do anything to avoid it. Instead of paying this guy more, we argued with him and let him go. Later, we switched on roaming and called an Uber.

How to avoid:
Use Uber to get everywhere. You can get a free ride with my code LIZAS2266UI (if you’re new to Uber). Make sure the driver clicks on “end journey” once he brought you to the spot. 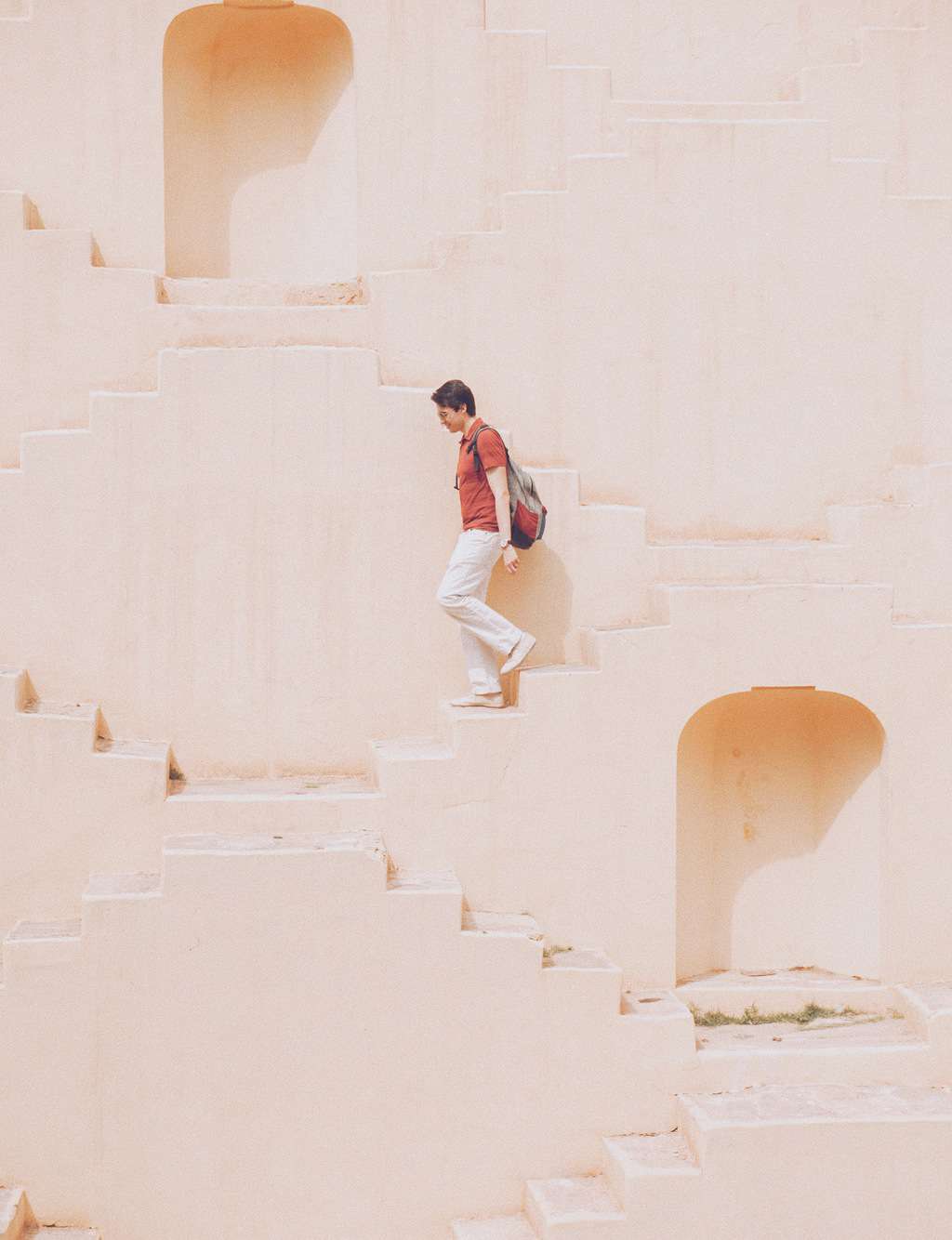 You can purchase a tour or a train ticket online and when you come to the plane mentioned in the ticket, you realise, that the agency doesn’t even exist.

How to avoid it: only buy train tickets on the authorised website (IRCC) – yes, I know it’s a pain in the neck to buy them there, but it’s one of the few trustworthy options. When it comes to the tours, I recommend buying them on Get The Guide only in case they already have reviews.

If you see a decorated elephant or a camel walking around, prepare to pay something if you take a picture of it.

How to avoid it: well, if you really want a picture of that animal, you will have to pay.

Getting way less change when paying for goods on the street and paying twice for the same service/hotel.

How to avoid:
You always need to show the note (e.g. 1000 rupees) to the person you’re buying from, so he won’t say you gave him 50 rupees instead on 500. Ideally, you also need to have a couple of witnesses around you. Also, try to pay with smaller bills (e.g. 100 rupees). In case of hotels, always ask for the receipt AND book hotels with good reviews only on Expedia.com or Booking.com 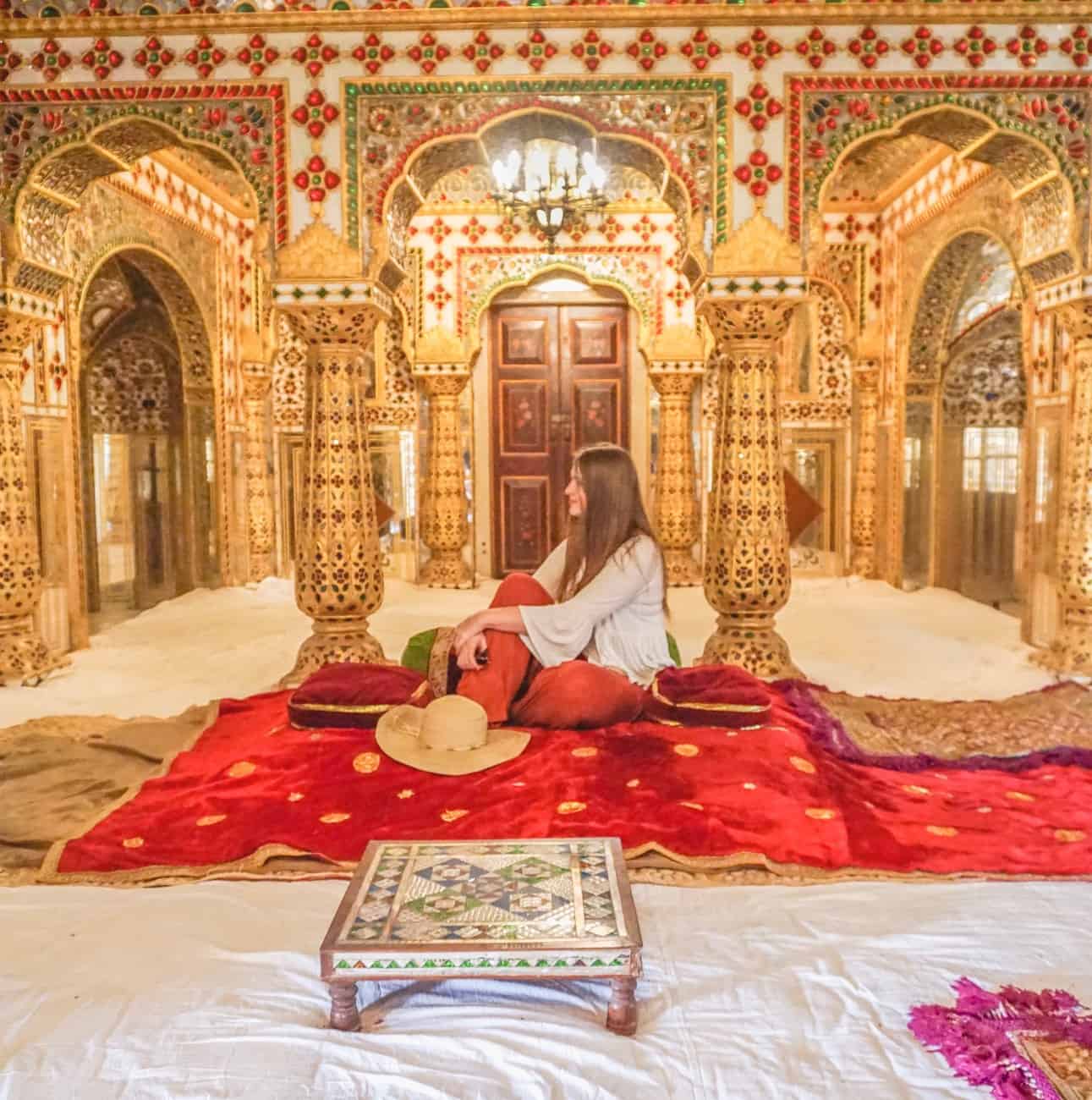 In some regions of India you will be asked to buy milk for homeless and pens for children, but keep in mind, that all these good will be returned back to the stores and the beggars will just have money instead. I know it’s extremely sad to look at the children living on the streets, but better donate that money to a charity that does help children and homeless people.

How to solve it: if you like to help, donate money to the local or international charity organisation instead

If you want to buy a sim card in India, prepare to do a lot of paperwork. You will need your passport, a small photo of you (passport-sized) and many papers to fill and only in this case you will know that the sim card will actually work. If you buy a sim card from a small shop and the shop assistant won’t ask you for many documents, that means that’s either a fake or stolen and won’t work or will get deactivated very soon.

How to avoid it: only buy sim cards from authorised resellers like Vodafone or in the airports. 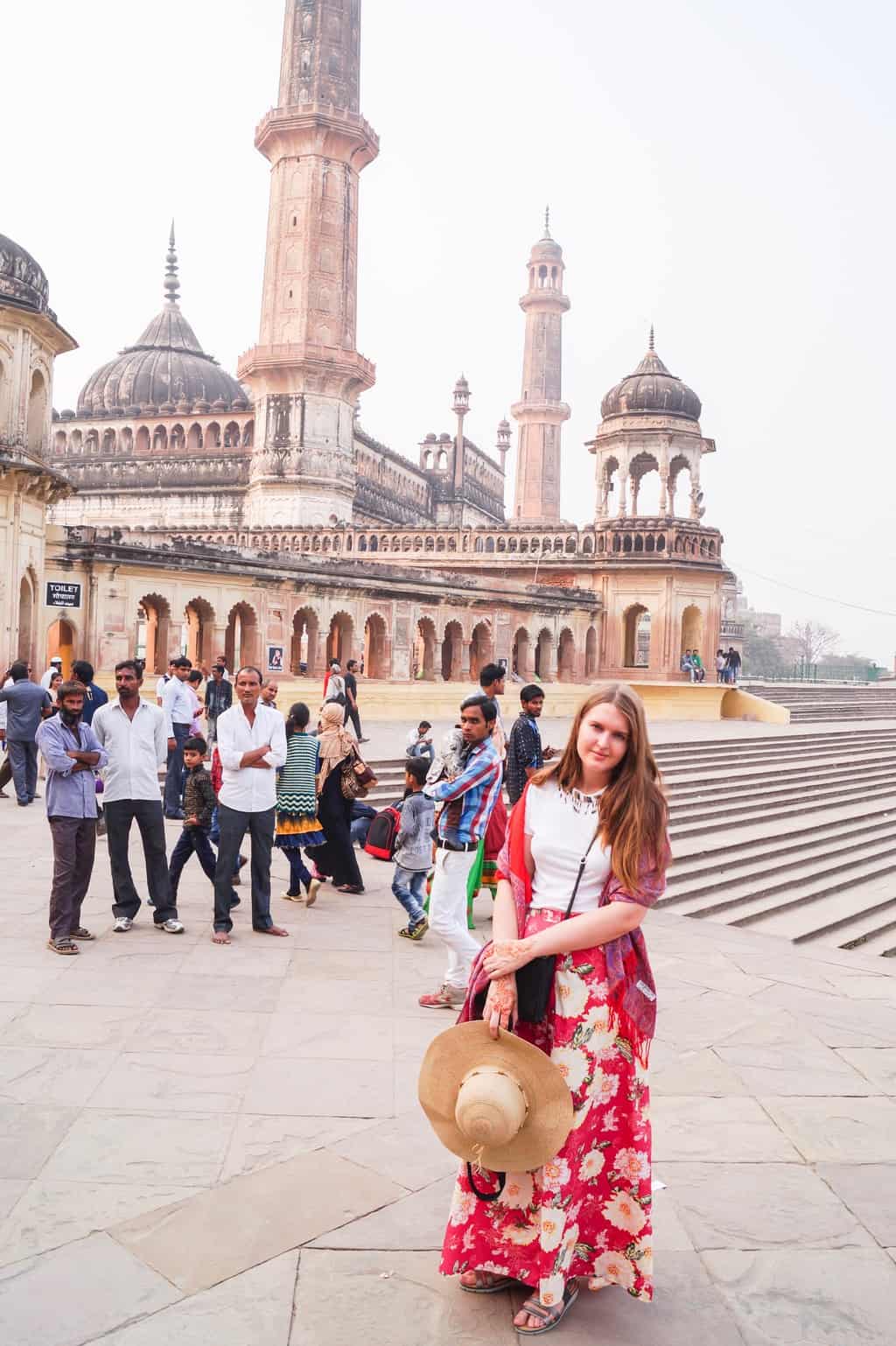 You hired a driver for a day in a new city and left your bags in his trunk as suggested. Next day, you realise, that some of your belongings have gone missing.

How to avoid it:
If you hire a driver for a day and decide to leave your bags with him, make sure, that you have locks on your bags and you don’t have any valuable things stored there. Also, only pay your driver AFTER you completed your trip.

Summary of how to avoid tourist scams in India:

There are more scams in India, so you should always be very careful. Nonetheless, in our case, no matter how careful we were, we were still scammed. That is why, if you’re really scared of scams, I would recommend you to travel with either organised tours in India or buy well-rated tours once you already arrived in India. You can check great tours on GetYourGuide.

Also, only stay in hotels with a good rating! You can check hotel availability in India on Expedia.com or Booking.com!

Liked this post about tourist scams in India and how to avoid them? Share it on Social Media and warn your friends! 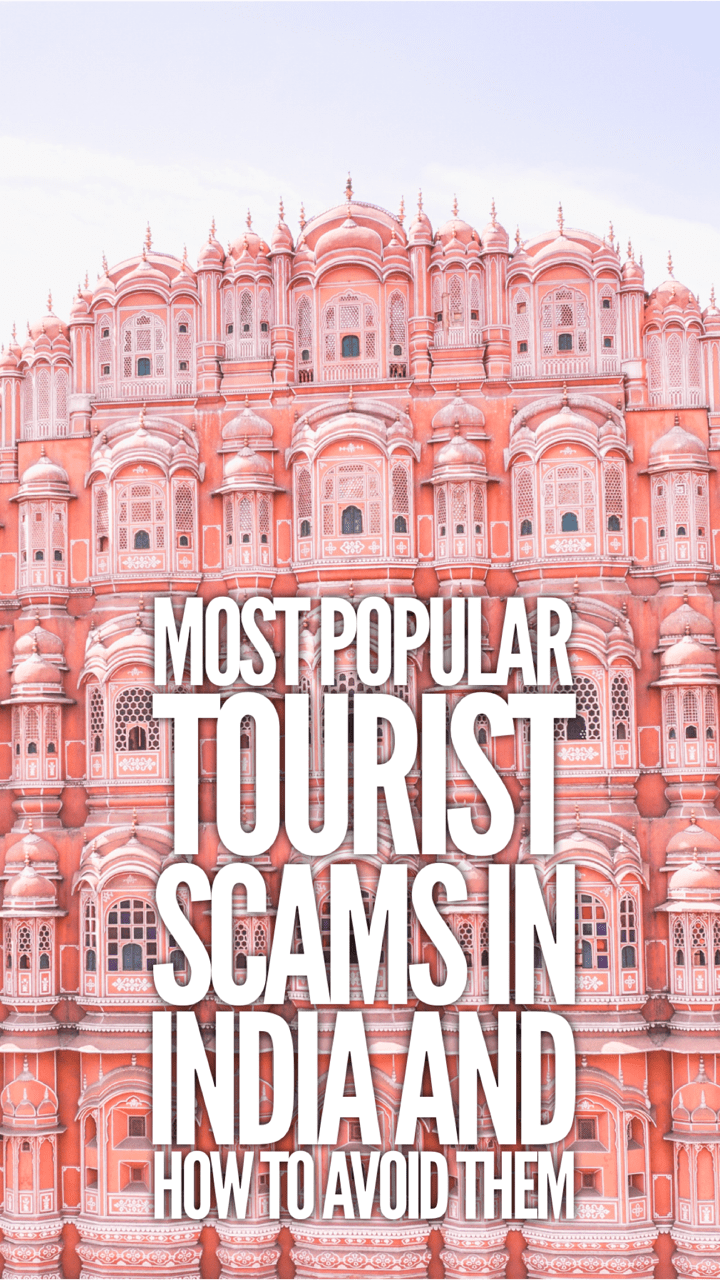 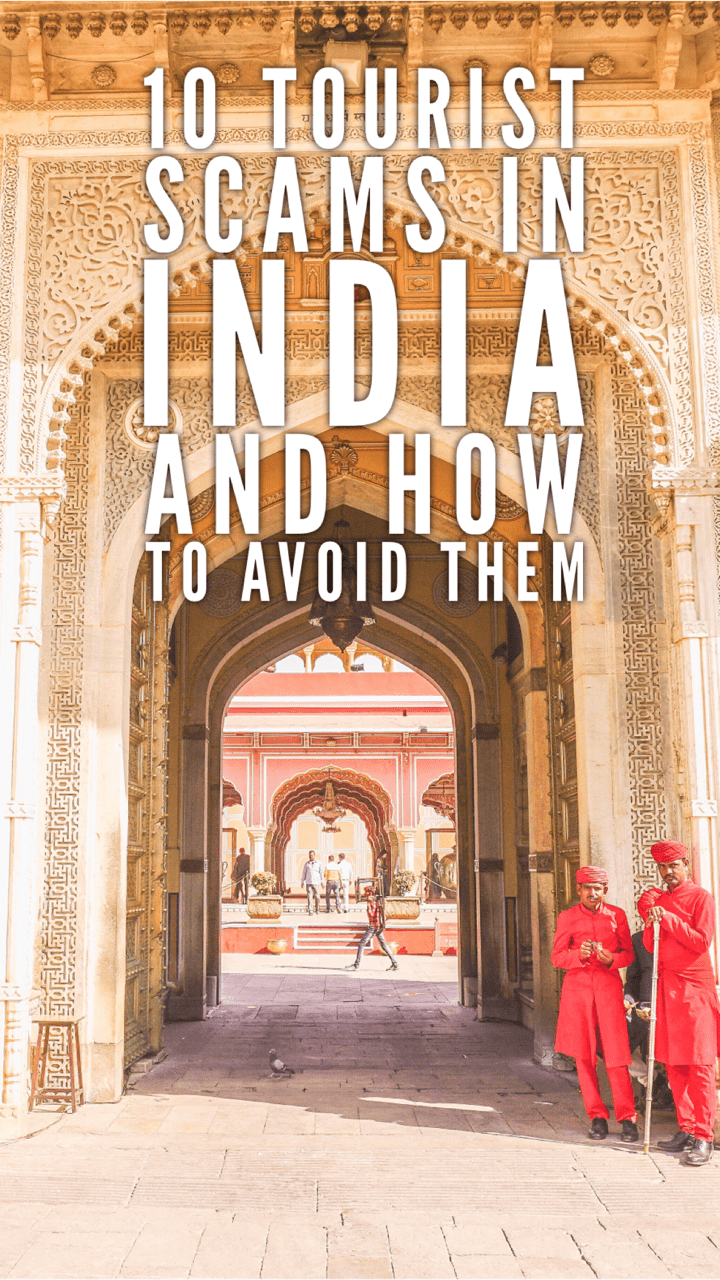 Book your tickets on IRCTC App. That is user friendly. The website is a bit tricky

best way to avoid being scammed in india is to not go there. Period.