Skip to Content
3 shares
This post may contain affilliate links. It means that if you buy something through one of these links, we might get a small commission at no extra cost to you. Affiliate commission helps us keep this travel blog running.

In one of my previous posts, I’ve covered different ways of visiting Russia: either visa-free 72-hour visit by ferry from Helsinki or the “normal” method of getting a visa to Russia. In this post, I’ll tell you how to spend 72 hours in Saint Petersburg without a visa very productively.

3 days in Saint Petersburg without a visa

If you are travelling to Finland/Sweden/Estonia and have some spare days to spend, don’t hesitate to come to St. Petersburg, you won’t regret it. Because St. Petersburg is so much worth it. It’s one of the most beautiful cities on earth and I can confirm it (Pepe nods too 🙂

It is said St. Petersburg is beautiful in any season of the year, however, I would not recommend you to visit St. Petersburg from the end of February till beginning of April (when the snow usually melts and leaves just dirty water everywhere) and also in November – it is usually cold, cloudy and rains every day, as a consequence, the city looks just depressing and gloomy. For more information, go to the Ultimate Guide to St. Petersburg, Russia, where you find all that you can possibly need for your trip to Saint Petersburg. 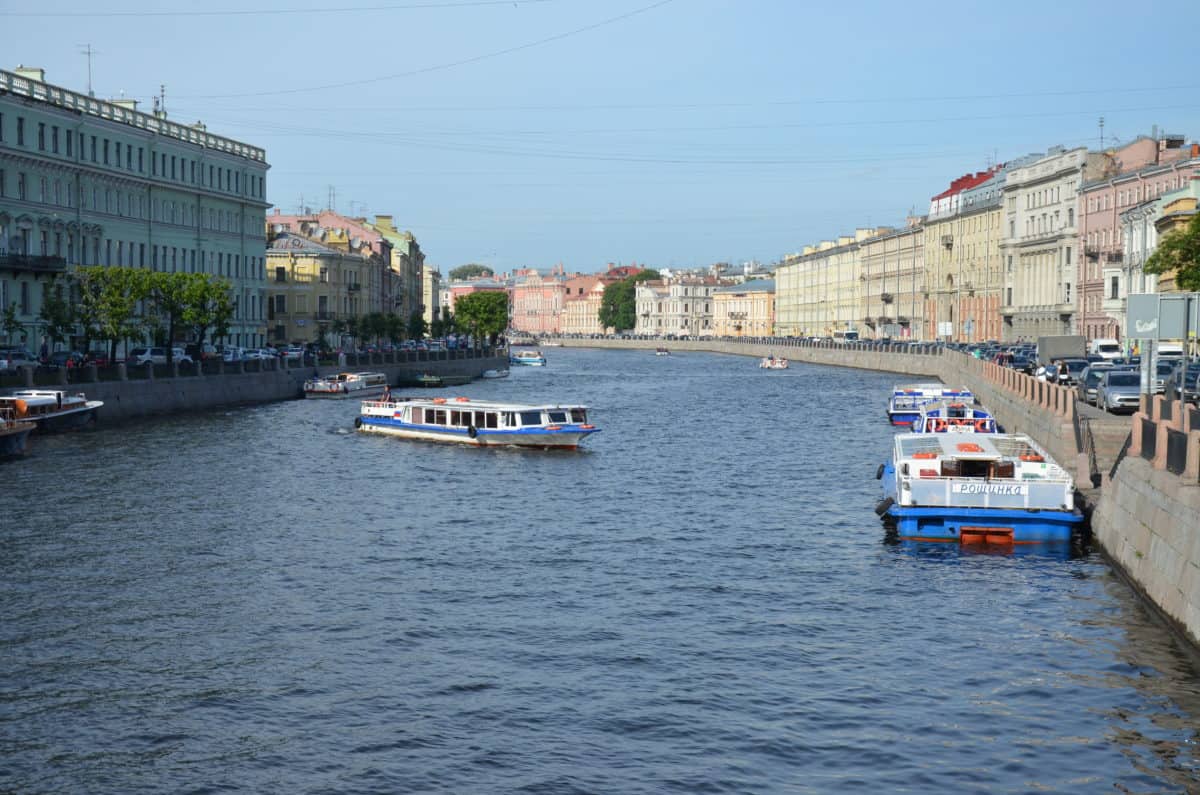 So, let’s come back to how could you best spend your 72 hours in St. Petersburg, Russia

I’ve been working as a student tour guide for these 72-hour tours to Saint Petersburg from Finland, Estonia & Sweden, and we worked really hard to optimize the program so the tourists could see St. Petersburg from different prospectives: as the capital of the former Russian Empire, as the city, which survived the Blockade of 941 days during the WW2, as Leningrad, second most important city in the USSR and finally as a modern and gorgeous European city (no bears drinking vodka, sorry).

If you arrive by ferry (if you’re coming for 72 hours and haven’t obtained a visa, I assume you’re coming by ferry). So, you arrive at the ferry terminal around 10 in the morning and… What can you do? Let’s assume you didn’t buy a tour in a travel agency.

Probably, the best option would be taking a bus (just across the street, when you exit the ferry) or taxi and going to your hotel to leave the bags (St. Petersburg is not the best place on earth for walking with suitcases). Afterwards, you can start discovering, because every minute counts. Taxis in St. Petersburg are pretty cheap, so don’t forget to install either Uber (have a free ride with the UBER promo code elizavetas41ue) or Taksovichkoff or Yandex taxi (whatever you prefer, but you’ll probably need the internet. However, there’re plenty of places with free wifi and finding one of these spots isn’t, not a problem).

Here, I have drawn some maps for you with a feasible route (for me it seems like it’s totally feasible but you can modify it how you want). 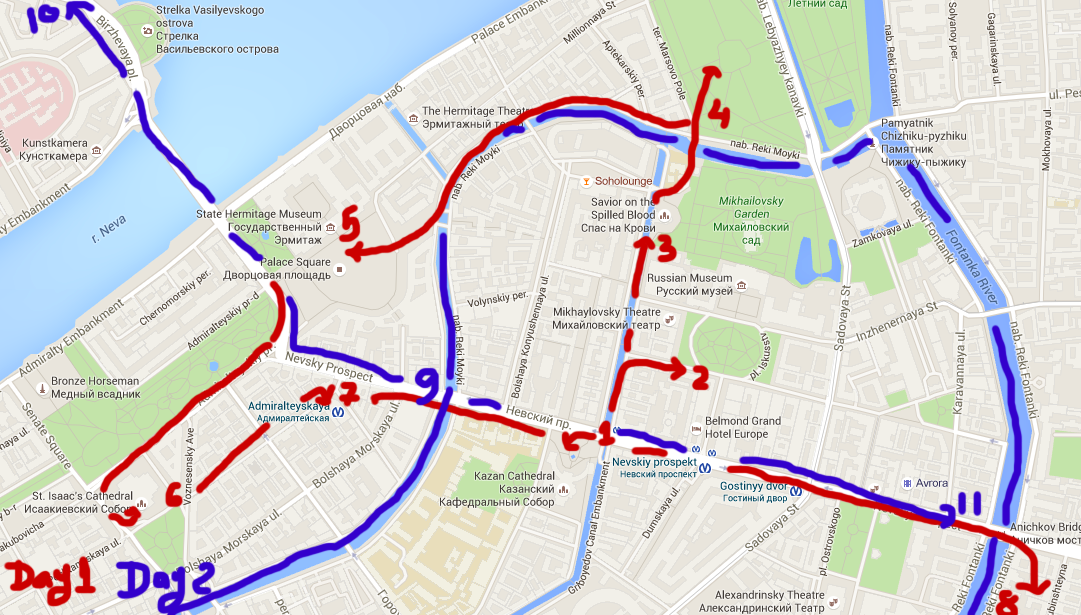 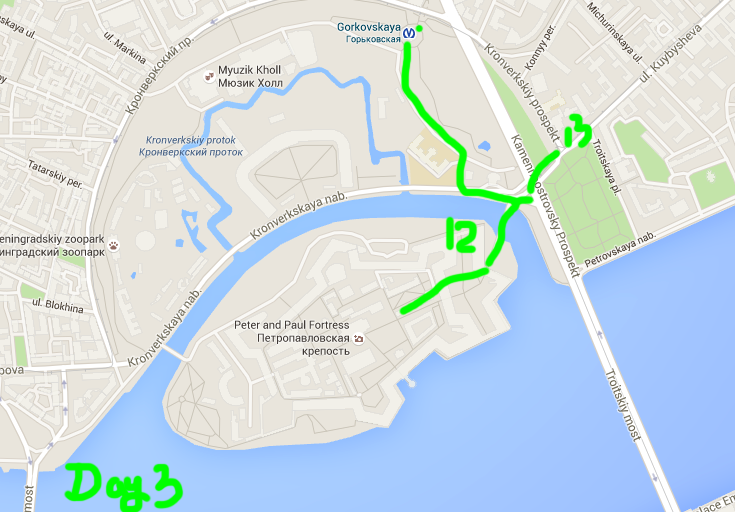 Day one in St. Petersburg, Russia

As the starting point, I would suggest you the Nevsky Prospekt metro station (blue line, Griboedov channel exit). From the station, you could go right to the Kazan Cathedral.(1)

If you are hungry, you could have lunch in the Pirogovy dvorik (very tasty Russian traditional pies) or Katyusha Restaurant (depends on your budget), in the first you can eat for ca 3$ and in the latter for ca 12$. Read this post about 5 best cheap places to eat in St. Petersburg.

Afterwards, take the Mikhailovskaya Street to the Arts Square.(2) 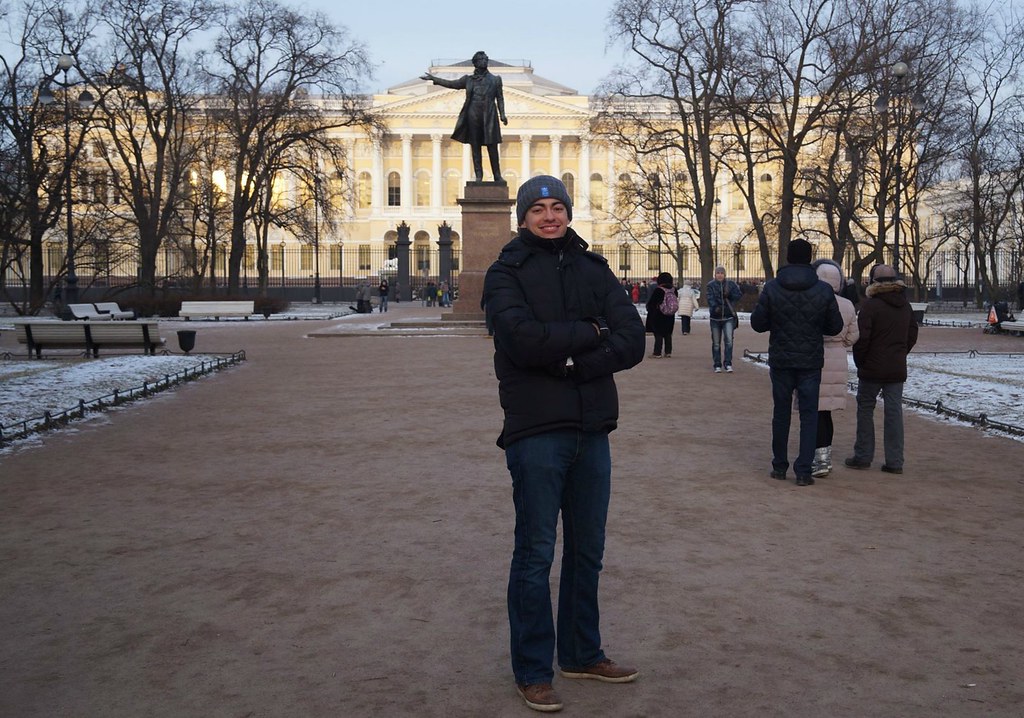 The Square of Arts in winter

Later, you can go through the Griboyedov channel to the Saviour on the Spilled Blood church.(3)

The Saviour on the Spilled Blood Church

It makes sense to quickly walk around the Summer Garden (if it’s summer, late spring or early autumn). Afterwards, you could go to the Field of Mars (4) and check the marvellous view on the architectural landmarks which surround the place. Later come back to the Church of the Saviour on the spilled blood and head through the Konnyushennaya square to the Palace Square and the Hermitage. The evening you could spend in the Hermitage Museum. (5) 2 days a week, on Wednesday and on Friday it works until 9 pm!

Later go to the Isaacs Cathedral (6). You can climb it and see the amazing city panorama. In summer, the colonnade works until 10 pm. In winter, well, just until 5 pm. 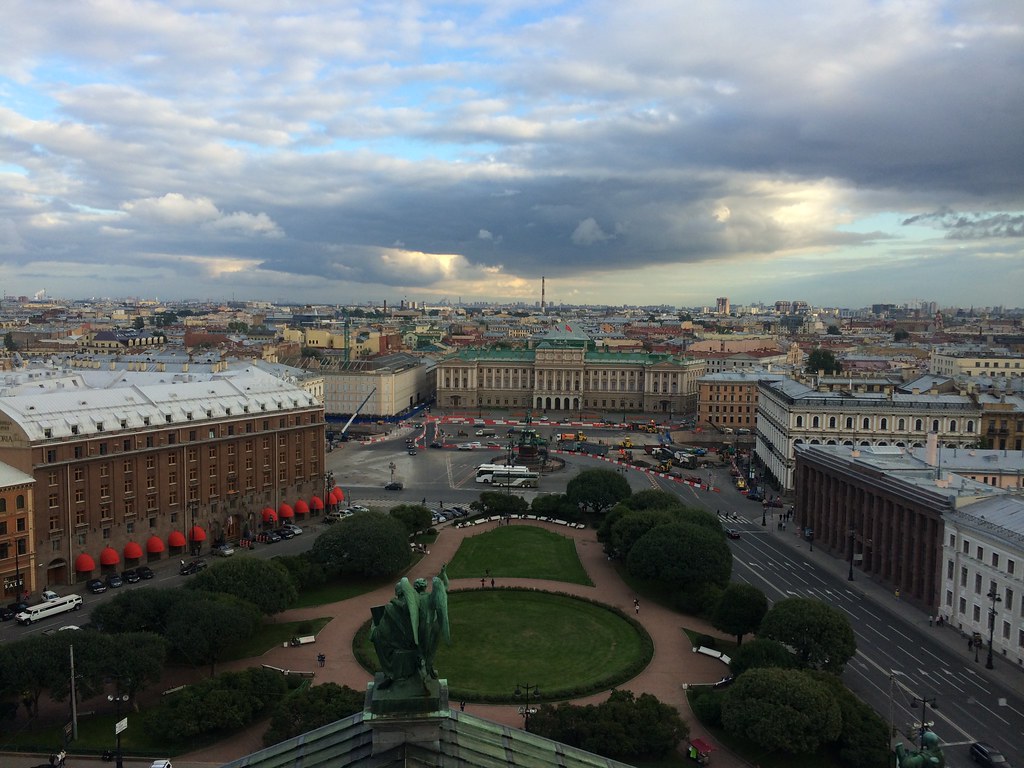 The view from the Isaac’s Cathedral

If it’s possible to squeeze the Peter’s Aquatorium (7) in your tight schedule, just do it! It gives you a great impression of how St. Petersburg used to look at the beginning of the 18th century and how it was intended to be from the very beginning (and compare it to St. Petersburg nowadays). 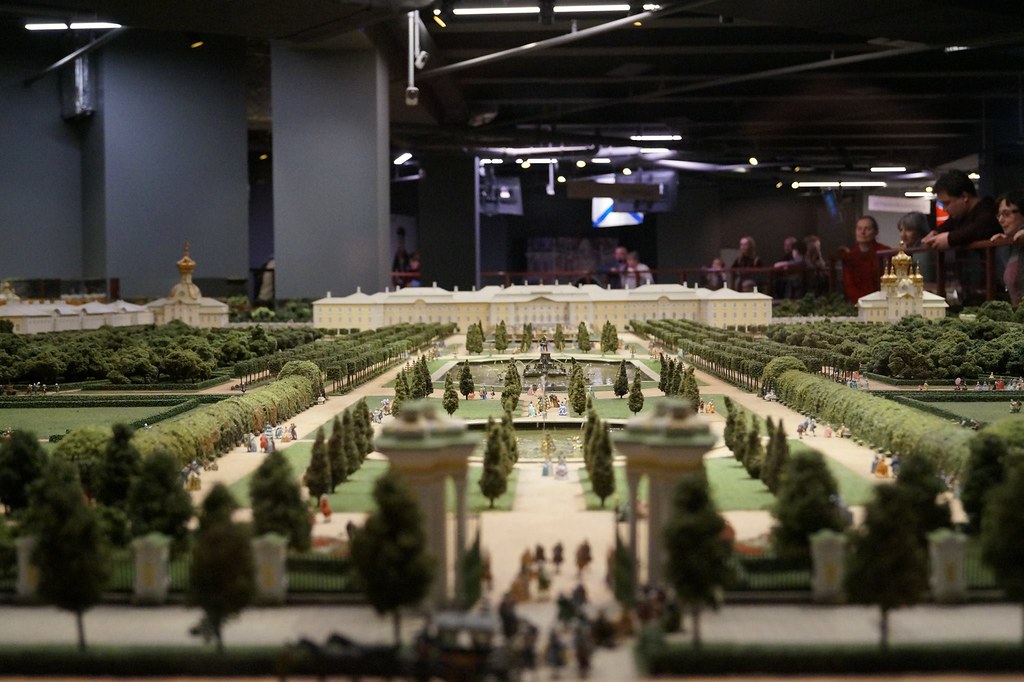 Now you can have two options – either go to your hotel and sleep or go and check in and go back to the city centre or if you’re lucky to have your hotel already in the city centre, then just go to one of the best bar streets in the city – Rubinshteyna street. (8) Also, you can watch the famous Russian Ballet.

Second day in Saint Petersburg without a visa

In today’s, plan I have the Peterhof or the Catherine palace prepared for you.
How to get there:

1st option: Peterhof
– taxi: from the city centre around 20$ for the car (it’s totally fine if you’re 2 and more people)
– from Baltiyskaya Railway station take a mini-bus K424A which says Peterhof (Fountains) or a train to Noviy Peterhof (from there you will need to walk for 20 min or take another bus)
– From Avtovo metro station: bus K404 saying Peterhof (Fountains) 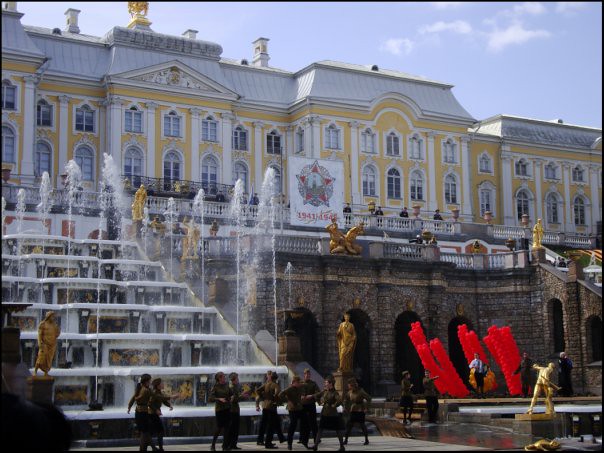 Beautiful Peterhof during the celebration of the Victory Day in Russia

There are also other options, but these seem the easiest to me.

2nd option: Catherine Palace (Tsarskoye Selo)
– taxi from the city centre: around 18$
– go to the Kupchino metro station and from there bus K342
– or from Moskovskaya metro station bus number K347 or 187 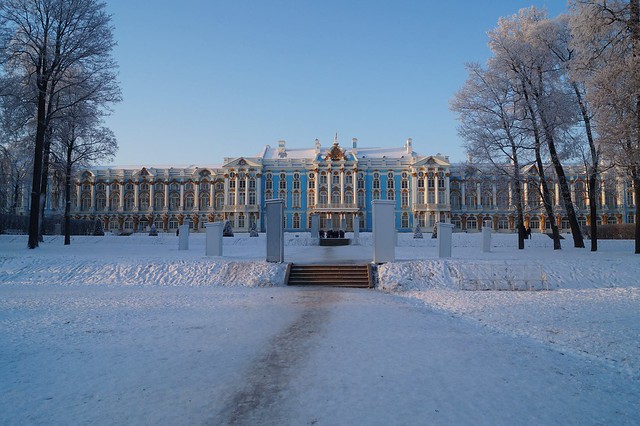 You’ll probably need almost the whole day in either of the Palaces. However, if you start at 9 or 10, you can finish by 4 or 5.

After returning to the city centre, take the boat tour through the rivers (preferably the Moika and Fontanka).(9) 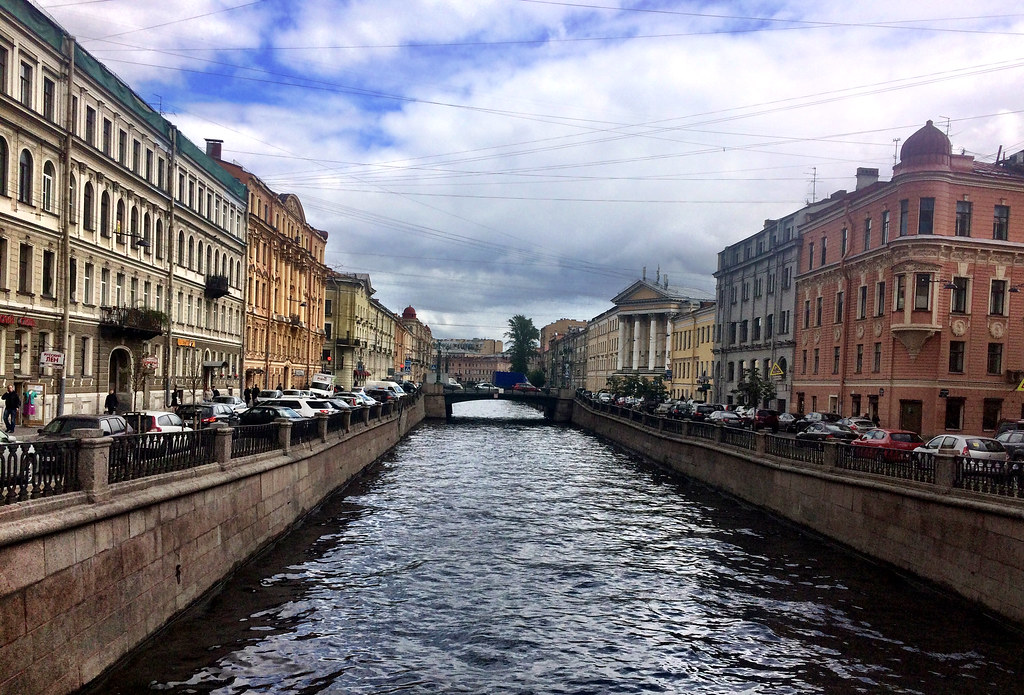 The boat tour around St. Petersburg

If you have time, go to the Palace square, cross the bridge and head to the Petrovsky stadium, the main stadium of Zenit St. Petersburg, it’s located on a tiny Iceland and looks fabulous.
Later in the evening, you can go to try original Russian beer in one of the pretty cheap bars like Spb bar or Russian Pub Sibirskaya Korona on Nevsky prospect. (11)

The last day of 72 hours in Saint Petersburg without a visa, you can spend by visiting a couple of remaining landmarks. First, head to the Peter and Paul fortress (12). 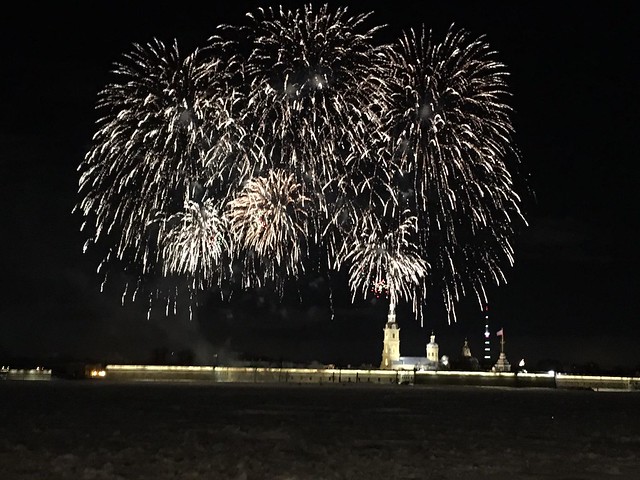 The Peter and Paul’s Fortress (in the background)

You can definitely spend 2 to 4 hours there. This is the place, where it all started (St. Petersburg was founded). From the Fortress, you’ll see the beautiful panorama over the Neva River and the Neva Embankment.

Then take a look at the beautiful mosque (13) and go back to your hotel to grab your luggage. The bus to the ferry leaves from the Isaac square around 4-5, so don’t be late otherwise you’ll need to take a taxi.

If you are already familiar with St. Petersburg, then of course, you can create your own itinerary. Should you have any questions about 72 hours in Saint Petersburg without a visa, don’t hesitate to write a comment or simply drop us an email.

Don’t forget to take a look at the ultimate guide to St. Petersburg, Russia! Check the latest deals for your trip to Saint Petersburg without a visa: