In this post, you’ll find out what to expect from celebrating New Year in Vienna, Austria based on my own experience. In Vienna, New Year is a very important event, which attracts lots of tourists from all around the world to the Austrian capital.

It’s been a while since I celebrated the new year in Vienna, but nonetheless, I would like to share my experience since it might be useful for anyone, who is going to Vienna on New Year’s Eve.

I arrived in Vienna right on the 31st of December around noon with my family. We already had some executions pre-booked, so we headed straight to the Hilton Danube Hotel. We left our stuff at the hotel and got inside the excursion bus for the small around-the-city tour, visiting the Hundertwasser house first. Afterward, we returned to the hotel for the pre-paid New Year dinner. I remember that finding a restaurant was a huge pain in the neck, since all the more or less budget places were booked like a year in advance or something. So, only the hotel restaurant option and some super expensive option in the city centre were left. The city center option was more than 120 euros per person, while the hotel one was more affordable (but still too expensive).

Nonetheless, it’s was worth it. A variety of dishes and a chocolate fondue with fresh berries were the highlights of the dinner, which ended around 10pm. So I would definitely recommend you to have dinner at the Hilton Danube restaurant. 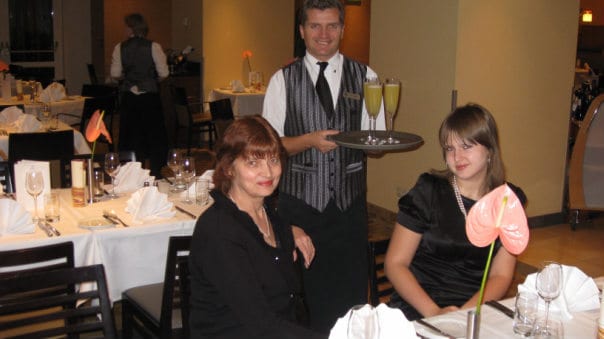 The main downside of the hotel is the fact, that it’s located pretty far away from the city centre. You’ve got to walk 7 minutes to the nearest metro station (Stadion) and then go ca 7 stations till the Wien Opera at Karlsplatz – the real heart of Vienna.

The metro was working at the time we finished the dinner, so we decided to go to the city centre to start celebrating New Year in Vienna properly. The first stop would be the Christmas Market located between the Herrengasse and Schottentor metro stations. It wasn’t as impressive as the Christmas markets in Germany, but nonetheless, it was very neat. In order not to freeze, we bought some hot fruit punches and mulled wine. You pay a lot, but after returning the cup, you’ll get most of your money back.

From there we walked to the main square (where the countdown was held). Most of the people at the square surprisingly were Spanish, so the atmosphere was really friendly and cheerful. When the clock sounded 12 times, everybody literally started to hug each other. Strangers, cheered up by the idea of the new year and maybe some alcohol were approaching us and just hugging and wishing a nice year. It was great 🙂

Just after the turn of the year, people started setting off fireworks. There were no official fireworks in the city centre, but people could launch their own fireworks. At some point, it even got dangerous. There was no control and people were just setting off everything here and there.

My advice: stay a bit away from the main square, otherwise you might get hurt.

After walking around the city centre for a while, we took the metro back to the hotel. The metro was working all night, which was really great.

To summarise, I can say, that celebrating New Year in Vienna is pretty much fun. Especially compared to the New Year in Madrid, check THIS post out for more details. In case if you want something cheap and very fun, Vienna might not be the best option. That’s because Austria is pretty expensive. But in case you’re ready so spend some money on a fancy dinner and then have fun in the city center, celebrating New Year in Vienna sounds like a great option.

Should you have any questions regarding celebrating New Year in Vienna, don’t hesitate to ask them in the comments.  And don’t forget to Pin it on Pinterest – Vienna New Year – not to lose this article 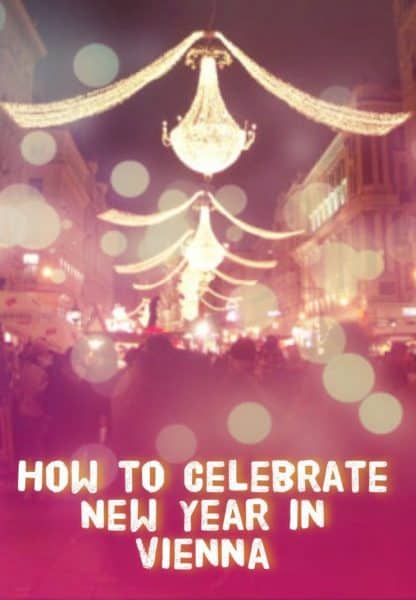 Sounds like the ideal place to be on New Years :) I love Austria!

It's one of the best for sure! Thanks for your comment!