Skip to Content
111 shares
This post may contain affilliate links. It means that if you buy something through one of these links, we might get a small commission at no extra cost to you. Affiliate commission helps us keep this travel blog running.

In this post, I’ll tell you about my solo trip to Iceland in March, and why March is the best time to go to Iceland.

I went solo to Iceland in March and I tend to think that Iceland is one of the easiest destinations in terms of organising/planning your activities. Even if you haven’t ever travelled before on your own, in Iceland, you totally can do it. You can minimise the communication with local agencies during the trip by booking all the tours online, which is really convenient (And that was perfect for an introvert just like me).

Booking everything in advance for Iceland in March

I just chose the agency with the best website and fair prices and booked two tours:
– Northern lights on the day of my arrival and
– Golden Circle and Fontana Geothermal Baths.

These are probably the most popular tours and both of them are available in March, so you can check the availability of the tours on Get Your Guide

I purchased the tours circa 1 week before the trip, however, I started looking for tours even earlier. That was in 2015 and since that time a number of travellers going to Iceland increased a LOT. Some of my friends and fellow bloggers have been in Iceland this year and told me that they had to book the Blue Lagoon tour at least 1.5 weeks in advance.

You can book the ticket to Blue Lagoon at the Blue Lagoon website, including transfers to your hotel, just as I did (it was pricey, but really convenient if you’re not renting a car).

And, finally, I booked the return transfer from the Airport to the Guesthouse, where I intended to stay for two nights. As far as I remember, my card was charged immediately.

I booked a single room in Idglo Guesthouse for two nights, it was around 65£. It was one of the cheapest properties in Reykjavik but nonetheless, it was very well located (20 min walking from the city centre). If this one is fully booked, check one of these properties. 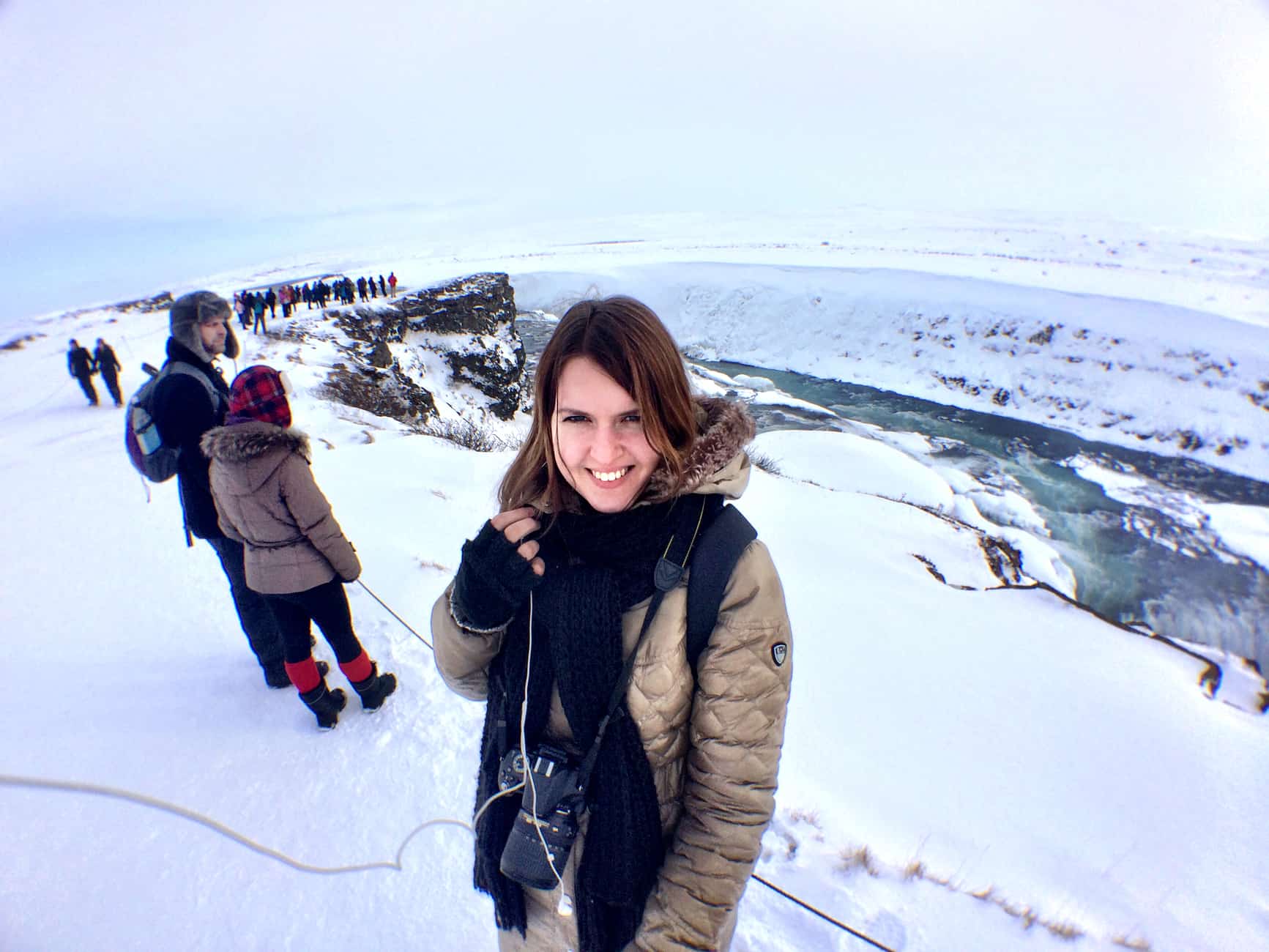 The flight to Iceland I purchased 1 month in advance and the price was totally fine: £100 for the return flight from Edinburgh to Reykjavik with Easyjet. It was great: the first flight’s departure time was quite late in the morning (so I could arrive in Reykjavik in the early afternoon) and the second flight’s departure time was early in the evening, so the whole day was basically free. Unfortunately, due to the weather conditions, my flight was 12 hours instead of two, but at least, I could see the Egilsstadir and half of the Iceland from the plane, so it was worth it.

Also, due to the delay in arrival, I couldn’t go to the Northern Lights tour on the day of arrival, so I called and rescheduled the excursion for the next day.

The weather in Iceland in March can be pretty unstable and it’s really windy, so it makes sense to bring the warmest windproof parka just like this one and really warm pants (I regretted coming in jeans A LOT).

Visiting the main landmarks during my solo trip to Iceland

On the next day, I already had the Golden Circle plus Fontana baths tour scheduled but it started in the morning, so it was possible to go on the second tour in the evening. The Golden Circle tour was incredible! I definitely recommend it to you and can add that in summer it is as amazing as in winter (my friend went on this tour in summer and she fell in love with Iceland). However, Iceland in March looks more exotic and white. 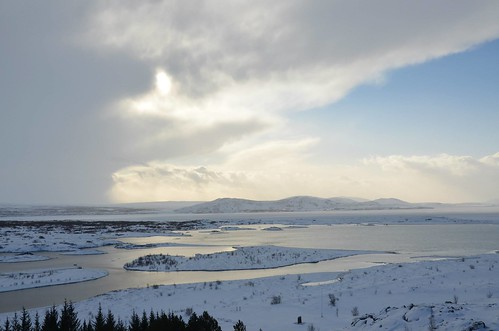 It includes the main landmarks of the country:

– the Thingvellir National Park
– the Gullfoss waterfall
– the Geysir 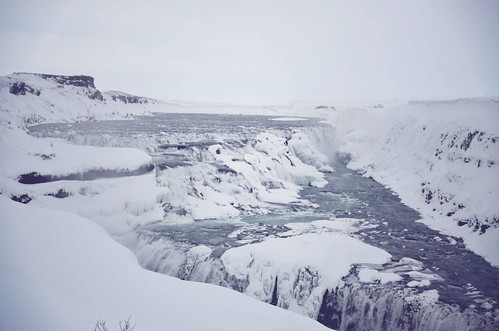 Afterwards, we went to the Fontana Baths for almost 2 hours. You could probably ask whether is makes sense to go to both, Blue Lagoon and Fontana Geothermal Baths. Yes, it totally does make sense! Both attractions are very different: Fontana Baths is more of a spa type: it’s far less crowded and it has 2 swimming pools filled with geothermal water. It’s located near the Lake Laugarvatn, so if you get very hot in the geothermal water, you can go out and walk 10 metres to the lake. Also, the visit of Fontana Baths includes the amazing and unique overview of how traditional Icelandic bread is made and the degustation of this bread. Honestly, it was the most delicious bread I ate in my life. 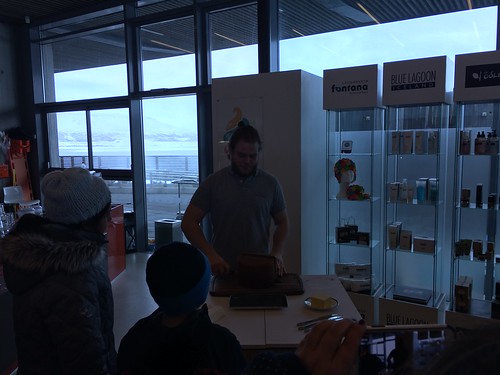 I returned to the Guesthouse around 5 pm and discovered that the Northern Lights tour was cancelled due to low visibility. Unfortunately, I was leaving the next day, so I wasn’t able to see the Northern Lights and got a refund for the excursion 2 weeks later. Well, one more reason to go back to Iceland in summer this time:)

Since my tour was cancelled, I decided to walk around Reykjavik. I wasn’t very impressed by the city: it looked a bit depressive and somber but it can be explained by the climate of the country, of course. However, all the Icelanders I met were, on the contrary, very cheerful and friendly.

On the last day, I went to the Blue Lagoon. The Blue Lagoon is a natural phenomenon and a unique attraction. However, it makes sense to go there early, when it just opens because around the afternoon it gets very crowded. Also, I suppose, that it’s way better to visit Blue Lagoon in summer when it’s warmer outside: staying for two hours in very warm water with your head being outside, where it’s windy and minus 5 is not the most pleasurable experience. So Blue Lagoon in March isn’t the best thing to do! 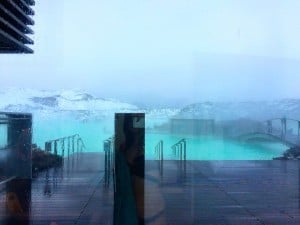 In total, I spent in the Blue Lagoon 3 hours. There are many buses on your way back from the Lagoon: some go to the airport and some to the city centre of Reykjavik. When you purchase the transfer to/from the Blue Lagoon, you need to choose the departure time to the attraction only, and the return ticket is with open time. It means, you can choose any time you prefer.
To conclude, I would like to say that it’s perfectly possible to do a solo trip in Iceland in March. The country is very safe, and all the tours can be purchased in advance. You don’t need to worry about anything: you will be picked up from the hotel and delivered back in safety. Unlike Egypt, Iceland is really one of the safest countries in the world. Have you been to any of these 30 counties you should visit before you turn 30?

Here’s more about Iceland on Tripsget. Check it out:
Is Iceland expensive? How much money do you need in Iceland
Traveling in Iceland – 7 things you need to know

I'm planning a trip to Iceland in March of 2019! :) I really hope to see Orca whales on my trip. Did you happen to go whale watching? Also, what packing tips do you have? Thanks!

Hi Ashley, thanks for your comment! As I only was in Iceland for 3,5 days, I didn't have a chance to watch the whales! As for the packing tips, bring really warm and waterproof clothes! It was -1 Celcius, but felt like -30!

Dying to go to Iceland!! Flights are so inexpensive there now, hopefully I can find something!