Skip to Content
141 shares
This post may contain affilliate links. It means that if you buy something through one of these links, we might get a small commission at no extra cost to you. Affiliate commission helps us keep this travel blog running.

In this post, I’ll tell you about a beautiful Russian city Sochi and 10 best things to do in Sochi in summer and in winter.

[vc_row][vc_column][vc_message message_box_color=”juicy_pink” icon_fontawesome=”far fa-grin”]If you’re new to this blog, hi, I’m Liza. I was born and raised in beautiful St. Petersburg, Russia and in the last 4 years of blogging, I created over 40 articles about travel to Russia, from the transport guides to the safety tips! Click here to access all the Russia posts >>>[/vc_message][/vc_column][/vc_row]

Some of you might have heard of Sochi, because of Winter Olympics 2014, which actually took place in Adler (near Sochi) and in Krasnaya Polyana, where Rosa Khutor is located – a world-class ski resort, that was rebuilt and in some places built from scratch just for Winter Olympics. Also, you might have no idea that Sochi is actually a great summer destination and a popular holiday place for most of Russia and it’s quite warm even in winter too – some days could be as warm as 10-15 degrees Celsius.

So how could it have hosted the Winter Olympics? Well, easily, since Krasnaya Polyana is located around 1 hour away by train and is actually high in the mountains, with the highest mountain being Rosa Peak – standing 2243 meters above the sea level.

Also, Sochi was one of the destinations for the FIFA World Cup in 2018 in Russia. .

Sochi is actually quite far from Adler and New Adler. It takes around 1h – 1.5 hours to get there by public bus. Suburban trains are faster. There are plenty of hotels that are located literally in the middle of nowhere between Sochi and Adler. If you don’t speak Russian, don’t stay there, as it’s gonna be really hard to get out of there and explore the zone. New Adler is where the Olympic park is – in my opinion, it’s the best zone to stay.

Sochi is great and I liked it a lot. So here’s about the 10 best things to do in Sochi, Russia in summer and winter:

1. Visit the Olympic Park and watch the Singing Fountain in action

I love the Olympic Park! It’s really impressive and the visit of it is completely free. Also, in the evening you can watch the signing fountain (which is obviously not as impressive as Dubai), but to me, it was perfect because of the amazing music! 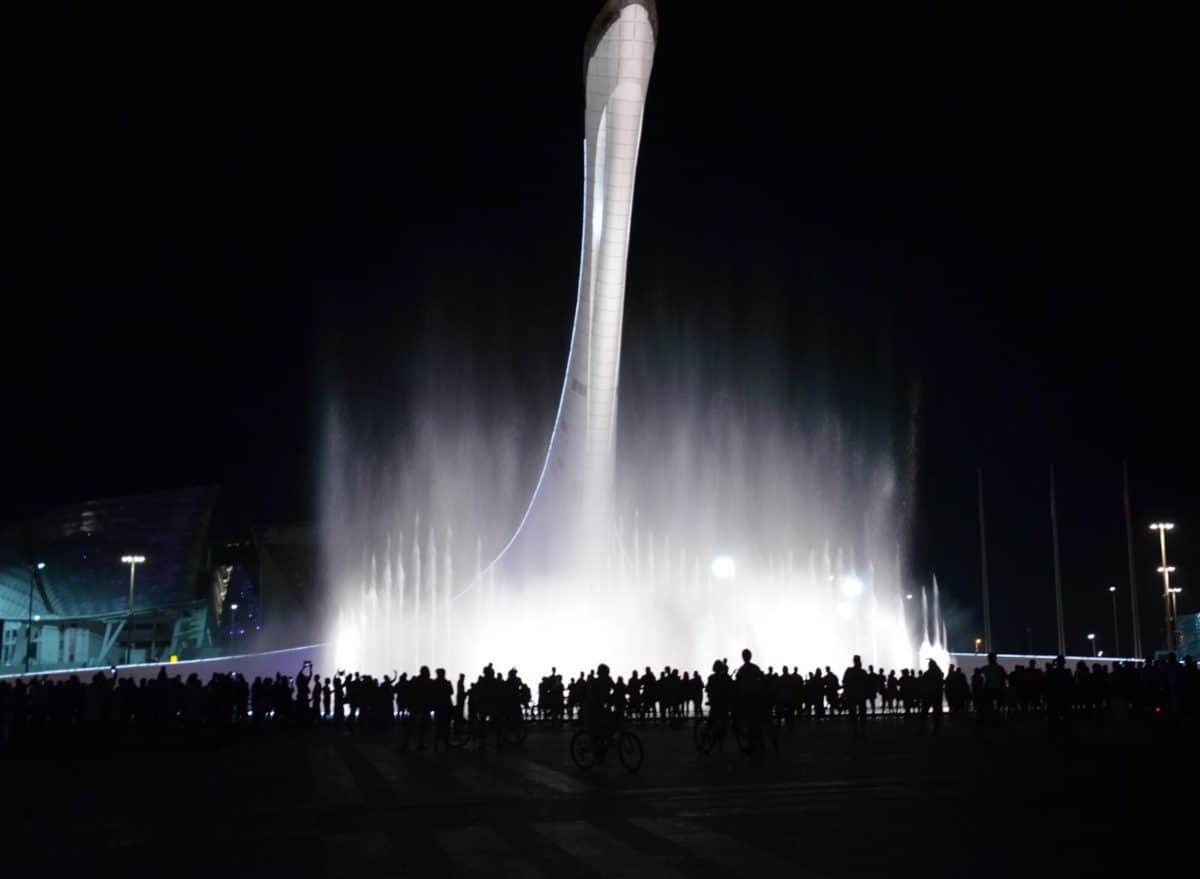 In case you’re visiting in Summer, you should definitely go hiking in Krasnaya Polyana. Just take a suburban train from Sochi / Adler and head to Rosa Khutor. In order to get up to the top of Rosa Peak (the highest mountain), you need to pay around 1500 rub (less than 20 pounds).

3. Visit the dendrarium in Sochi

If you’re visiting in summer/ spring or autumn, it makes sense to visit the Sochi dendrarium (basically, a huge botanic garden). The entrance is very cheap (about $5), but the views you can see from there are really nice! 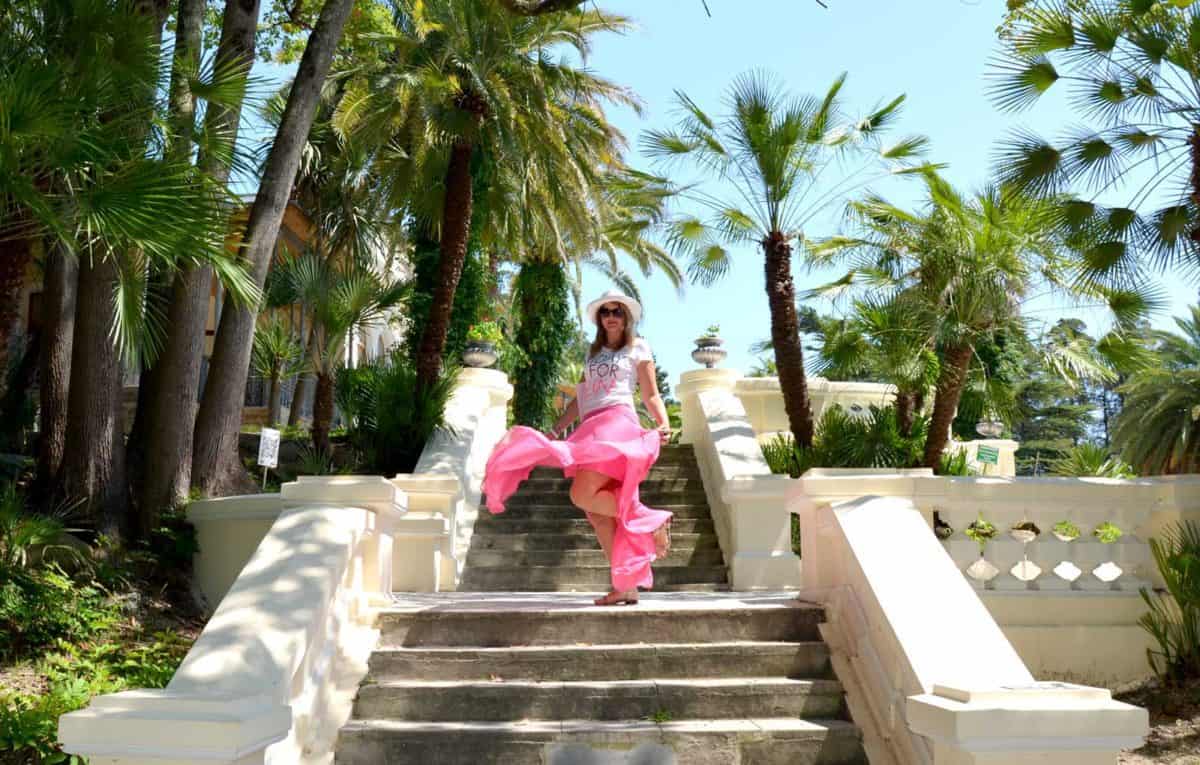 Visiting Sochi and not going to the city centre? That’s crazy! So you should definitely head to the city centre and the Sochi marina for some nice photos and great choice of cafes & restaurants. Moreover, there is a beach just in the city centre, so bring your swimsuits in summer! 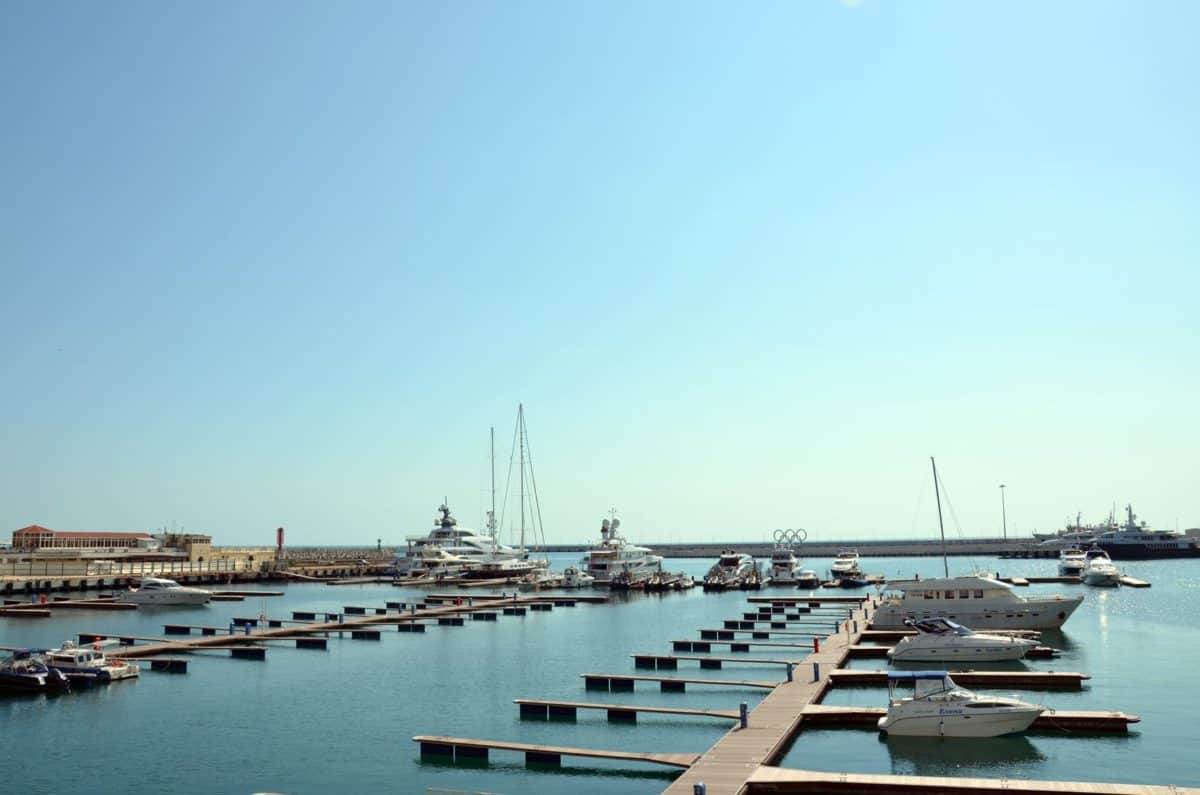 5. See a typical Soviet-style resort in the city centre of Adler

Many tourists, who come to Russia actually wonder, what was it like during the USSR times. Well, in some cities, nothing has changed since then. Sochi, however, did change a lot. The only thing that didn’t change in Sochi since the USSR times is plenty of sanatoriums or Soviet-style resorts. You can see many on your way from Adler to Sochi by bus or vice versa. Or you can stay in one – that would be proper exotic. Decent sanatoriums in Sochi coast are, for example, x and x.

6. Chill in one of the restaurants with the swimming pools in Adler

You might not have thought, that Adler is actually a trendy location with new shopping malls, nice restaurants and bars with chill-out zones, private beaches and even swimming pools. 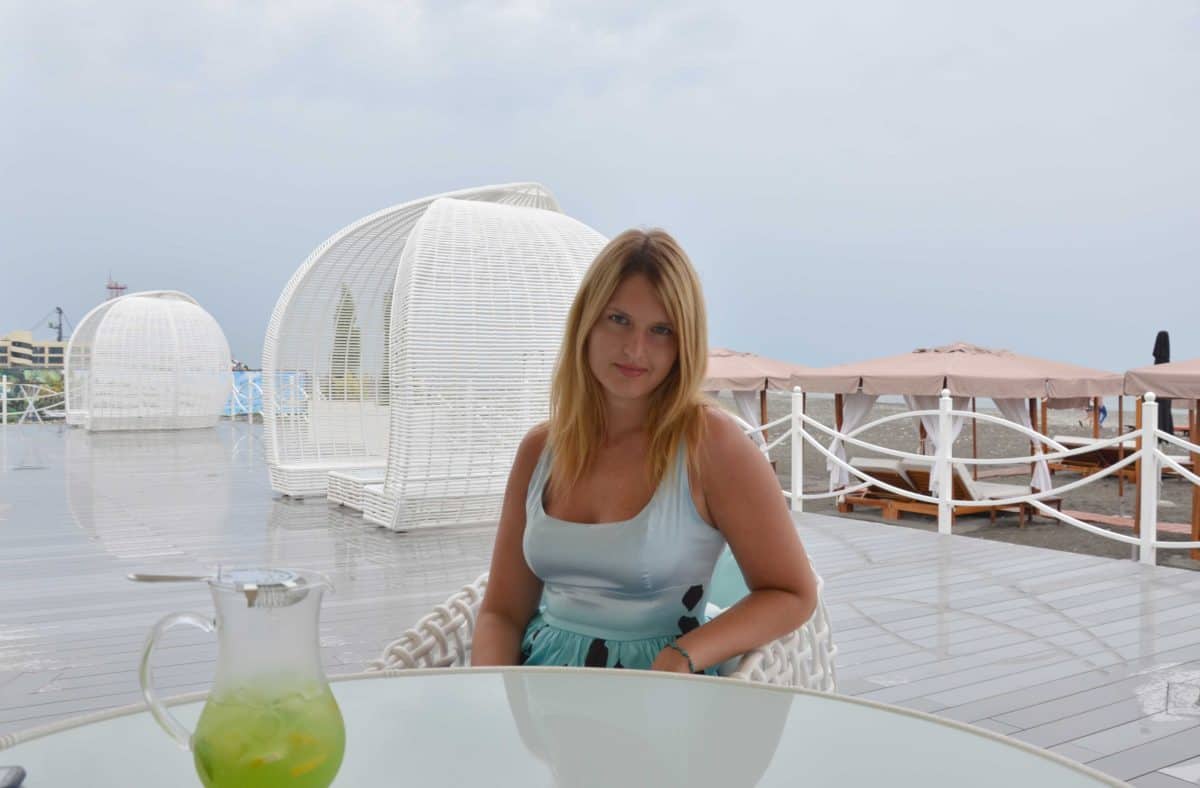 7. Spend a couple of nights in an all-inclusive hotel in New Adler

If a typical Soviet-style sanatorium is not for you, then you can stay in a modern and very nice resort. Radisson Blu is one of the best in Adler. I personally loved Bridge Resort, but it’s so good that it is almost always sold out (check if you’re lucky and it isn’t sold out).

8. Hire a bike and have a ride around New Adler

A wonderful thing about New Adler in Summer is that you can hire a bike literally on the embankment and spend a couple of hours exploring new Adler.

Sochi Park is a nice amusement park that opened in 2014 (so it’s relatively new). It looked really great, but I didn’t really have a chance to visit it during my 11 days in Sochi, as half of the attractions weren’t open yet. 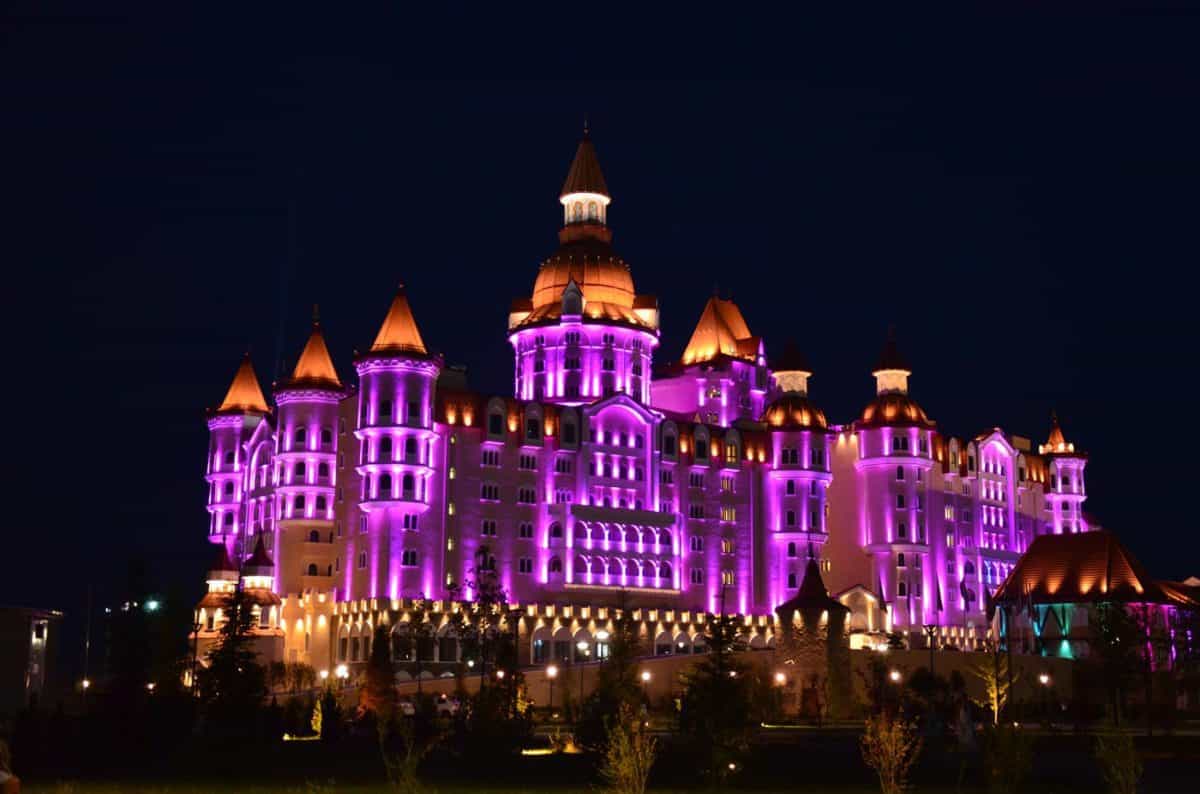 10. Head to Abkhazia for a day trip (check if you need a visa in Advance)

And the last but not least activity of the 10 best things to do in Sochi in summer and winter is to buy a day trip to Abkhazia. First you need to check, if you actually need to get a visa there, as it’s an independent state (though not recognised by the majority of countries in the world). Abkhazia is really really run down, but the nature is amazing there. The best way to visit the country is by buying a tour – that way you’ll be able to see everything and you won’t get lost. 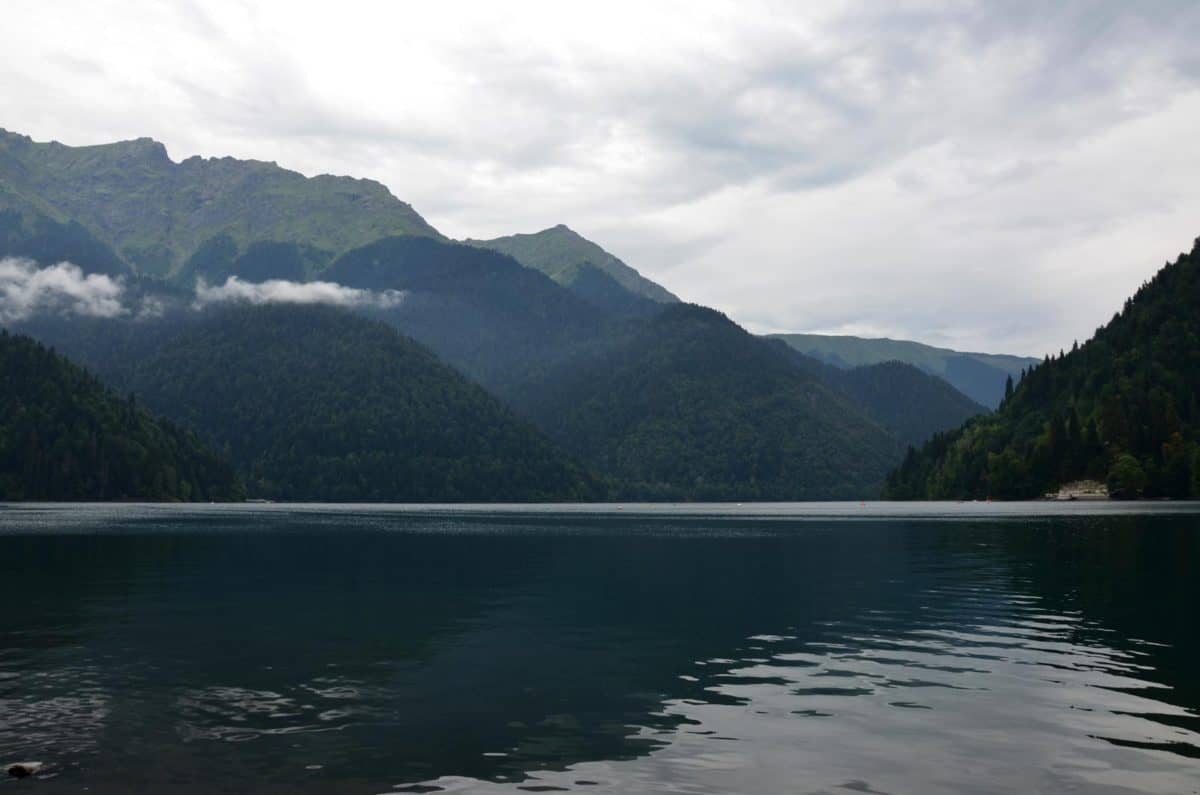 How to get to Sochi?

The easiest way of getting to Sochi is through Moscow. You can buy a plane ticket online and the flight takes around 2 hours.

If you have plenty of time, you can actually experience Russia to the fullest and take a train to Sochi that takes around 1.5 days from Moscow. Sochi has an international airport, so you can actually get there from Armenia, Uzbekistan, Turkey, Kazakstan, Belarus, Israel and Iran. Hopefully, the list of international flights will be expanded for the FIFA Wolrd Cup 2018.

Liked this post about 10 best things to do in Sochi: all the important information? Bookmark it or share it on Social Media!